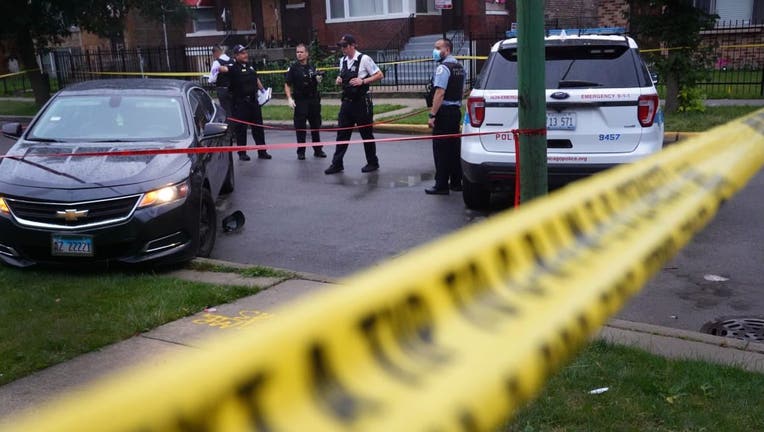 CHICAGO - Citywide homicides and shootings in August were down from a month ago, according to data collected by Chicago police.

Despite the month-to-month drop in violence, Chicago has seen a 50% jump in murders this year compared to 2019.

At least 63 of the murders happened in August, according to Sun-Times records. That’s a 40% decrease from July, while the number of shootings decreased by 15%, Chicago police said in a news release Tuesday.

Last month, 481 people were shot with at least 39 of them minors, according to Sun-Times records.

“The Department will continue to build on this progress every day going forward by working hand-in-hand with our residents to keep our neighborhoods safe,” Brown said.

Among the latest fatalities was a 31-year-old man shot along with several others Aug. 30 outside a restaurant in Morgan Park.

The group was at Lumes Pancake House, 11601 S. Western Avenue, when someone sprayed bullets at an outdoor dining tent just before 2 p.m.

The number of officers shot at and injured increased this year compared to the last two years, police said.

Two police officers were injured in a shootout Aug. 30 in Homan Square on the West Side. One was hospitalized in serious condition, and the other was in good condition and later released. The shooter was hit by gunfire from a third officer and was hospitalized in fair condition.

Earlier last month, another officer was shot while responding to a domestic dispute August 5 in Lawndale.

More than 100 people were arrested after a spate of looting erupted downtown following the Aug. 9 police shooting of 20-year-old Latrell Allen in Englewood. Two people were shot, and dozens hurt, including officers, during the melee.

Other crimes — robberies, burglaries and vehicle thefts — were at a down 9% compared to last year, police said.