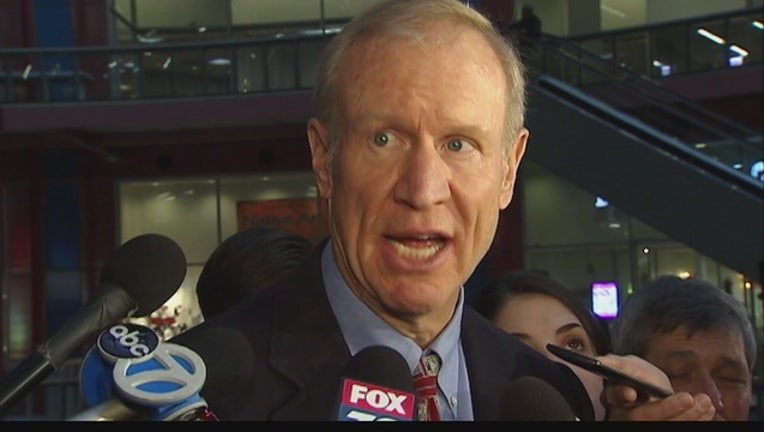 CHICAGO (AP) - Questions about education funding and schools opening on time were focal points Monday in Illinois' ongoing budget gridlock, with superintendents accusing Gov. Bruce Rauner of playing politics and the Republican pushing a funding plan while intensifying his critique of Chicago schools.

"We expect the Governor of the entire state to rise above political games to put all of our children's futures before politics," read the letter from 15 school leaders including from Chicago, Peoria and East Moline. They said many schools won't open their doors in the fall without funding and the complex system Illinois has used to distribute money to schools since 1997 is the most "regressive" in the U.S.

Rauner agreed the formula is unfair, but said two GOP school funding plans will allow time to negotiate a balanced budget and for schools to open as planned, something he's "very concerned" about.

Though Illinois has operated without a budget for nearly a year, schools have remained largely unaffected. That's because last year Rauner rejected everything in the out-of-balance spending plan Democrats sent him except for K-12 spending. This year, Democrats didn't agree on a budget to send Rauner. Republicans proposed the school funding bills, which Democrats have said they'd consider. Lawmakers plan to keep meeting over the summer.

The possibility of public schools not opening this fall hinges on how long the impasse continues and puts pressure on lawmakers to negotiate a deal. Poorer districts without cash reserves or sufficient local property tax money have worried about being unable to pay teachers.

Rauner, whose Monday schedule included Illinois stops in Oregon, Ottawa and Chicago, accused the state's largest school district of seeking a bailout when its finances have been mismanaged for years. He likened some Chicago schools to "almost crumbling prisons," prompting Chicago Public Schools officials to call for an apology.

He also stepped up criticism of Emanuel, with whom he's vacationed, for not supporting his agenda and lining up behind the governor's main political rival in the budget standoff, Democratic House Speaker Michael Madigan.

"If I have one major disappointment in the last 18 months it's with the mayor," Rauner said. "We're friends. We're always going to be friends. You can separate friendship from what's good public policy."

"Now it sounds like he's auditioning to be Donald Trump's running mate," Emanuel said. "And I would just say to him that this is not about right-wing ideology, it's about results."