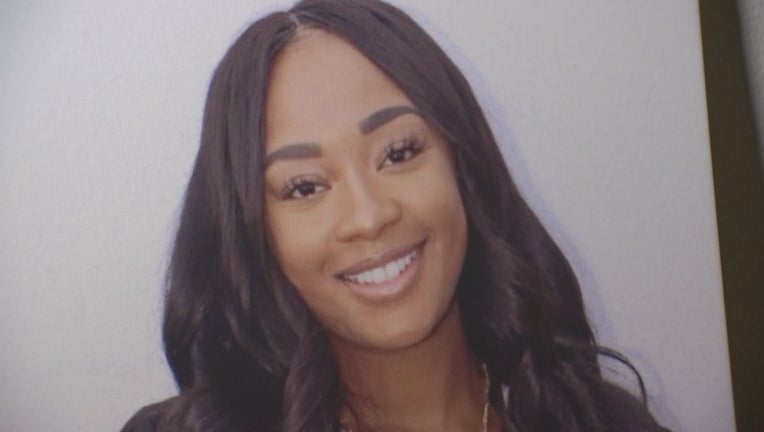 Monique Baugh was shot and killed on New Year's Eve in Minneapolis, Minnesota.

MINNEAPOLIS (FOX 9) - A 41-year-old Minneapolis man was charged Monday in connection to the murder of a real estate agent and mother who was found shot in an alley in Minneapolis on New Year’s Eve.

A 41-year-old man was charged Monday with second-degree murder and kidnapping in the shooting death of real estate agent Monique Baugh on New Year's Eve.

“We have charged Mr. Berry with setting a trap for Ms. Baugh, assassinating her at close range and shooting at her boyfriend while in the same house with two small children,” Hennepin County Attorney Mike Freeman said in a statement.

According to the charges, around 5:30 p.m., Berry, wearing a black mask with one hole for both eyes, used a key to enter a home on the 4800 block of Humboldt Avenue North and shot at Baugh’s boyfriend as he was sitting on the stairs to the second floor.

His 3-year-old child was nearby on a couch and his 1-year-old was sleeping upstairs, where the boyfriend fled. After Berry left, the boyfriend called 911.
When officers arrived, they found him on the floor of his bedroom covered in blood and with multiple gunshot wounds. His two children were with him. He is expected to recover from his injuries.

Relatives, including Baugh’s mother, showed up at the house to take care of the children while the victim was taken to the hospital. She noted the key the suspect had dropped on the floor belonged to Baugh and that she would normally be home at that time of day.

At 6:38 p.m., a ShotSpotter activation registered three gunshots near an alley on the 1300 block of Russell Avenue North. When police arrived, they found Baugh dead in the alley from three bullet wounds, her hands bound by tape. The medical examiner determined she had been shot twice in the torso and once in the face at close range.

Baugh’s boyfriend told investigators he had last seen her at 2 p.m. when she left to show a house in Maple Grove. Someone had called Baugh’s private cell phone to set up the showing; they did not schedule it through the real estate firm.

According to the charges, investigators were aware that Baugh’s boyfriend had recently signed a contract to record rap music and had been flaunting his cash on social media.

Surveillance video shows Baugh arrive at the home in Maple Grove around 3 p.m. Later, a U-Haul truck pulls up and backs up to the garage. The warrant states video shows a person forcibly walking someone into the back of the U-Haul, which later drives off.

Surveillance video confirmed the presence of the U-Haul at both shooting scenes and a license plate number led investigators to a business in Mounds View.
The business owner provided investigators with the names of the two people who rented the van. They told police they rented it for Berry, who gave them heroin in return.

Berry was arrested around midnight on Jan. 2. When police searched his car, they found a black mask like the one worn in the first shooting and 13 baggies of suspected heroin.

According to the charges, Berry is known to law enforcement for his “violent and prolific criminal history.”

Berry will make his first court appearance Tuesday afternoon. His bail has been preliminarily set at $2 million. The charges say prosecutors will seek a high bail amount “because of his extensive criminal history and the danger he poses to public safety.”