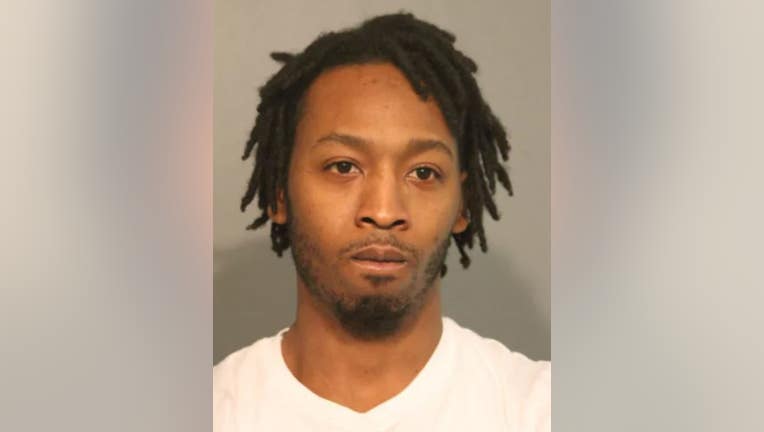 CHICAGO - Gun charges were filed against a Lawndale man wanted in connection with the South Loop barbershop slaying of rapper G Herbo’s friend, the Chicago Sun-Times is reporting.

Christopher Mosley, 29, was arrested Tuesday after being found with a gun during a traffic stop in the 1300 block of South Independence Boulevard, Chicago police said Wednesday.

He was "identified as the offender wanted" in connection with the Jan. 28 shooting of Gregory Jackson III, police said.

As of Wednesday, police have not sought murder charges against Mosley, the Sun-Times reported.

Jackson — more widely known as "Lil Greg" — was in the Studio Nineteen barbershop, at 1931 S. State St., when a gunman walked in about noon and shot him in the face, according to police and the Cook County medical examiner’s office.

Jackson, 24, of South Shore, was pronounced dead at Stroger Hospital.