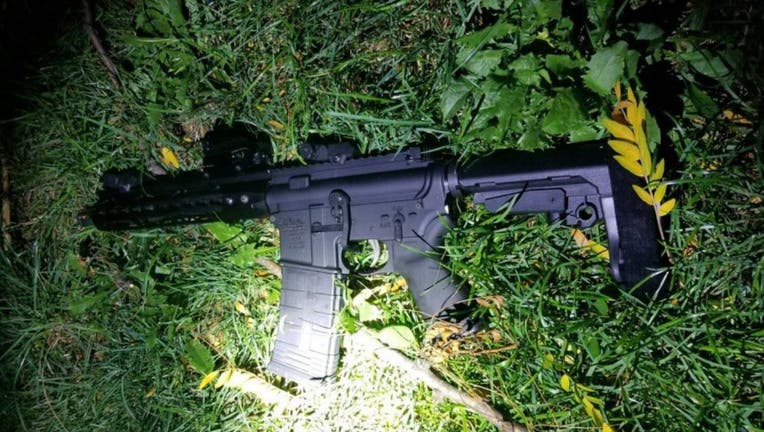 CHICAGO - A gunman was arrested after opening fire on Chicago police officers late Tuesday in the Little Village neighborhood.

When they arrived, the suspect fired several shots at officers, according to police.

Police got out of their car and the suspect dropped the rifle. He was taken into custody following a short foot chase.

Officers did not return fire and no one was injured during the incident.

The rifle was recovered on the scene and Area Four detectives are investigating the incident.