CHICAGO - A convicted felon has been charged with fatally shooting a woman at a funeral reception in Englewood while free on electronic monitoring in three pending cases.

Marcell Hunter, 27, had a history of racking up felony charges and skipping out on court hearings before he gunned down Nikki Conner on June 21, prosecutors disclosed during a bail hearing Thursday.

The two crossed paths at a party late that night in the 5900 block of South Bishop Street, where a group of people had gathered after a funeral that Conner had attended earlier in the day.

Conner and her best friend met up with another friend but were quickly urged to leave because they were outsiders, prosecutors said.

The person who told them to go warned that her brother was upset — and armed with a handgun. 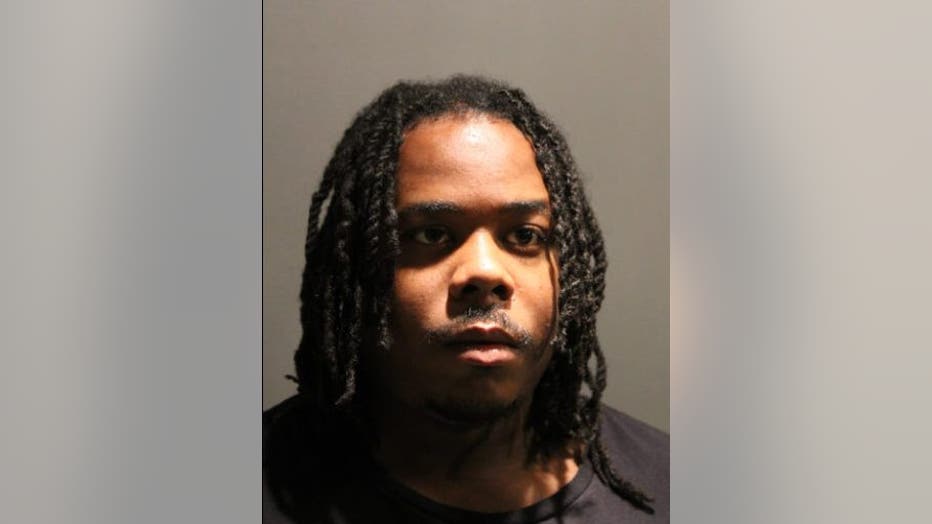 When Conner and her friends retreated to a corner to talk, Hunter walked up with a handgun, asked "Who the f— they were" and told them to leave, prosecutors said.

As Conner explained that they were just talking and were taking off, Hunter shot her once in the head and two more times in the legs, prosecutors said.

She was rushed to the University of Chicago and pronounced dead.

Conner’s friend was later shown Facebook profiles belonging to people who were on the block and recognized Hunter, prosecutors said. She brought the Facebook photos to police investigators, who created a lineup with a different photo of Hunter.

He was positively identified by Conner’s friends, one of whom knew Hunter "from the neighborhood for several years," prosecutors said.

Detectives learned Hunter was on electronic monitoring at the time of the attack and wasn’t allowed to leave his home that day, prosecutors said. Data showed he wasn’t there for much of the day, and his monitoring bracelet had been tampered with.

Prosecutors said the bracelet didn’t reconnect with the "host site" until 11:37 p.m. — 26 minutes after the shooting.

Hunter was arrested Wednesday at his home in South Shore, prosecutors said. He initially claimed he didn’t know anything about the shooting and later requested a lawyer when investigators presented him with the electronic monitoring evidence.

He skipped a court hearing that October, cut off his electronic monitoring bracelet and went missing for three years, prosecutors said. He didn’t resurface until last September, when we was arrested in a new felony gun case and hit with an escape charge.

He was held in custody on the escape charge until February, when he was released on a recognizance bond and placed back on electronic monitoring.

Hunter was convicted of a felony count of possession of a controlled substance in 2015 and sentenced to four years in prison.

His public defender, Richard Paull, said Hunter got through his freshman year at Robeson High School and now has four kids, including two stepchildren. His partner is now pregnant with another child.

Paull said the reception "sounds like it’s gang-related" and claimed the people who identified his client on Facebook may have some form of "bias." He asked for a bond no greater than $100,000 — and urged Judge Barbara Dawkins to place Hunter back on electronic monitoring if he’s released.

In response, Dawkins said there’s no indication the gathering was linked to any gang activity.

Noting that Hunter has two pending gun cases, Dawkins said Hunter was previously "given the benefit of being on electronic monitoring" and is now considered a "flight risk." She ordered him held without bail.

His next court date was set for Oct. 5.