CHICAGO - A 51-year-old man crashed his SUV into a home Wednesday in Jefferson Park on the Northwest Side.

He told officers he was driving a 2003 Ford truck north about 1 a.m. in the 5800 block of North Central Avenue when an unknown vehicle cut him off, causing him to lose control and crash into the front of a home, Chicago police said.

About an hour after the crash, the SUV could be seen turned on its driver’s side, apparently narrowly missing an evergreen tree in the front yard before coming to a stop in front of the home.

Police and fire crews huddled near the home’s front steps as local tow trucks tried to decide the best way to get the disabled truck out of the yard.

The driver was taken to Lutheran General Hospital in Park Ridge with bruising to his head, police said. He is in fair condition. 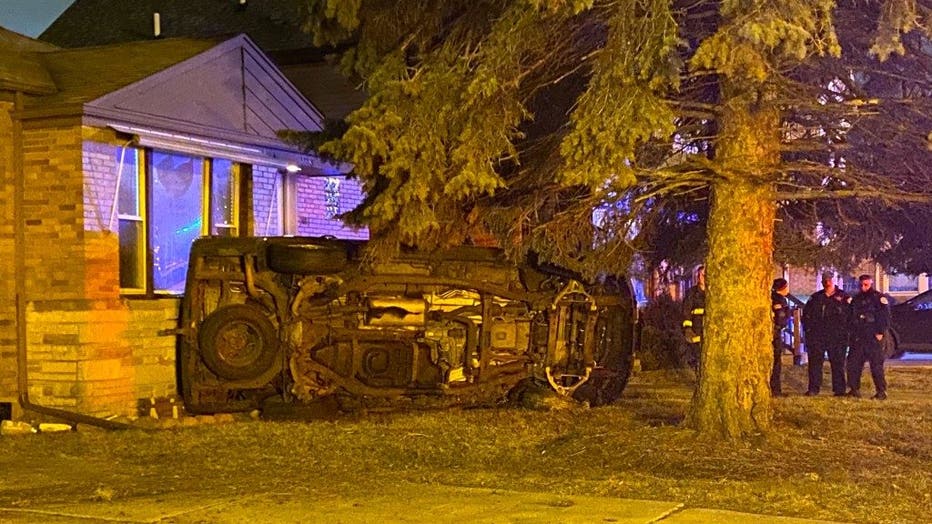 No one inside the home was injured in the crash, police said.

There are currently no citations or charges filed, police said. Building inspectors are trying to estimate the damage to the home.