Police said a male barricaded himself in a hotel room in Pulaski Park. A SWAT team was called to the scene.

CHICAGO - Police were involved in a standoff Wednesday with a person who barricaded themselves in a hotel room in Pulaski Park.

Officers responded about 1:10 p.m. after a male barricaded himself in a room at a hotel in the 6000 block of North Lincoln Avenue, according to Chicago police.

A SWAT team was called to the scene, police said. 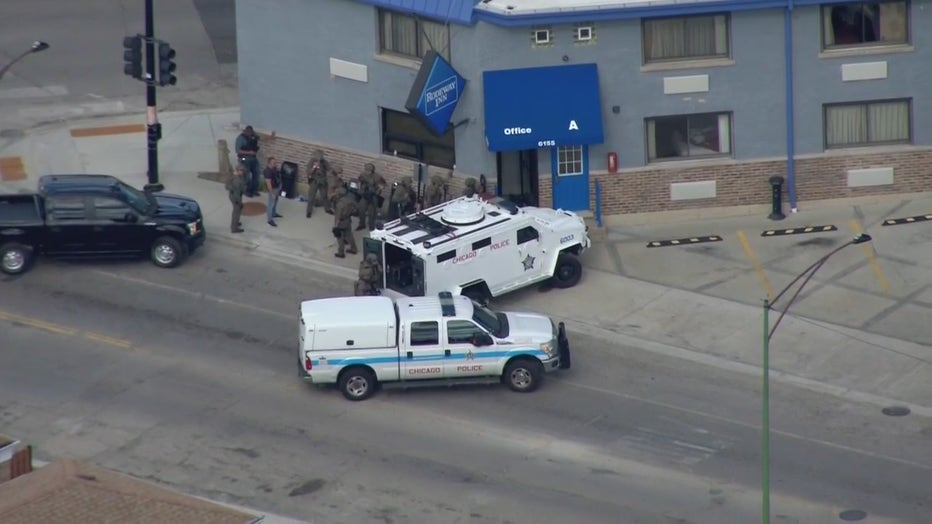 Further information was not released.

If you or someone you know is having thoughts of suicide, please contact the National Suicide Prevention Lifeline at 1-800-273-TALK (8255).