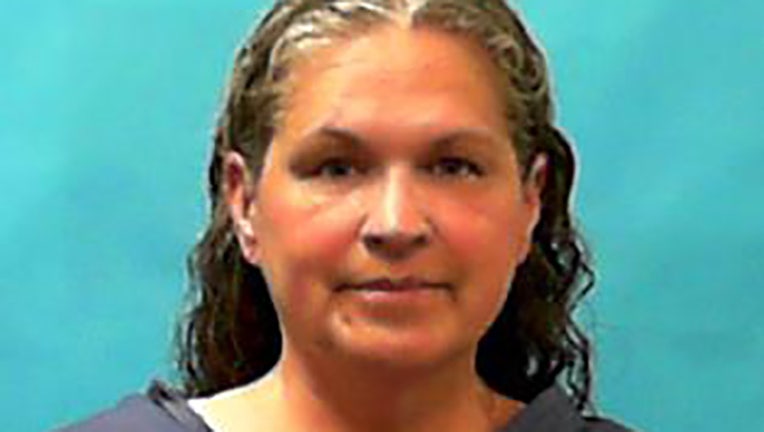 GAINESVILLE, Fla. - A bill awaiting the governor’s signature that would temporarily keep secret the names of lottery winners in Florida has at least one unexpected supporter: the woman in prison for murdering the winner of a $30 million lottery payout.

In a telephone interview from behind bars, Dorice Donegan "Dee Dee" Moore, 49, of Tampa said publicly identifying recipients and details about big lottery payouts puts their lives at risk.

"It puts a target on them," Moore said. She is serving a life term at the Lowell Correctional Institution in Ocala.

A jury convicted Moore in December 2012 of first-degree murder in the 2009 shooting death of Abraham Lee Shakespeare, 42. Florida appeals courts upheld her conviction in 2015 and again in 2019, calling her own continuing claims of innocence "confusing, conclusory and vague." She said she intends to continue her legal appeals.

The bill in Florida’s Legislature would keep secret for 90 days the names of lottery winners of $250,000 or more unless the winner wants to be publicly identified. The House passed it 114-1 and the Senate passed it 37-1 last month. Gov. Ron DeSantis was expected to sign it into law as early as this month.

During House hearings, Rep. Tracie Davis, D-Jacksonville, cited news coverage of lottery winners from Florida and Georgia who were killed after claiming their prizes.

Sen. Tina Polsky, D-Boca Raton, said delaying disclosure of a winner’s identity would give the winner time to put security measures in place. She sponsored a version of the bill in the Senate.

"Some winners endure all types of scams, harassment and even loss of life," Polsky said. "The reason behind the 90 days is to give lottery winners sufficient time to plan responsibly, by notifying family, obtaining financial advice and even getting funds into investments."

In Georgia, Craigory Burch, 20, was shot to death in a home invasion in 2016 in front of his girlfriend and one of their children, months after he won $400,000. Georgia is now among 10 states that allow lottery winners to remain anonymous.

Somewhere, there's a lottery ticket that's worth $1 million -- however, the clock is ticking to claim it.

In the Florida case, Moore said she met Shakespeare under the pretense of writing a book about him. She later convinced him to let her help manage financially what remained of his lottery winnings – Moore said at that point he had only about $1 million left. Shakespeare spent much of his winnings paying off mortgages of family and friends and giving money to people who asked him for help, according to trial testimony.

Prosecutors said Moore withdrew $1 million from Shakespeare’s bank accounts, spending the money on a Hummer, Corvette, a truck and a vacation. Shakespeare, shot twice in the chest, was found buried under a concrete slab in the back yard of a home Moore had purchased. By the time of his death, the sheriff said all $30 million had been spent.

In her interview from prison, Moore said keeping lottery winners’ names secret even for 90 days wasn’t long enough. She said details about whether a winner chose a lump-sum payout or payments over time also should not be disclosed.

"I don’t feel that’s enough time," she said. "You’ve got to understand, this person has to change their whole life around."

She said a lottery winner would need at least six months of privacy.

"Ninety days is nothing, you see how quick time flies," said Moore, who has been in a state prison for nearly 3,400 days.

Moore wrote in a letter to the court in 2019 that she regretted not being truthful during her trial, but she continued to maintain that she did not shoot Shakespeare. "I really did not kill him," she wrote.

Under Florida’s existing law, the lottery agency immediately releases the name of winners, city of residence, game, date won and amount won to anyone who requests it. It does not disclose the winner’s home address or phone numbers, although such information can usually be discovered elsewhere, such as property records or voter registration files, which remain publicly accessible.

The bill in Florida still would allow for names and details about lottery winners to be disclosed to state agencies that might be owed a debt, courts to collect child support, government auditors or legislative leaders. Insiders who illegally disclose names of lottery winners before they would be allowed could be charged with a felony. Lawmakers would be required to re-approve the bill in 2027.

In the Senate, only Sen. Ray Rodrigues, R-Fort Myers, voted against the measure. In the House, Rep. Anthony Sabatini, R-Clermont, was the only lawmaker who voted against it.

The bill exempts names of lottery winners from disclosure for 90 days under Florida’s public records law.

The law is considered among the nation’s most powerful tools for government transparency, but lawmakers over the years have added more than 1,000 categories of government information that are off limits under it.