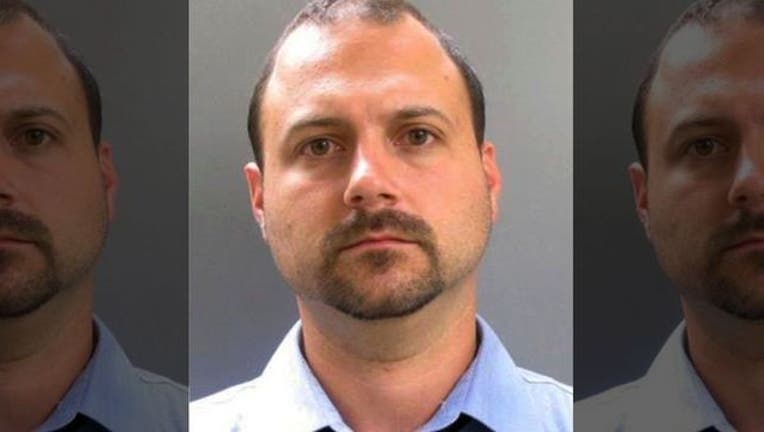 Anthony Helinski, 34, was arrested after turning himself in to police for using a toddler to steal prizes from the inside of a toy vending machine game at a mall in Salem, N.H. last week. (Salem Police Department)

FOX NEWS - A Massachusetts teacher was put on leave this week after turning himself over to police in New Hampshire, allegedly for putting his toddler inside a game machine at a shopping mall to steal its prizes.

Anthony Helinski, 34, surrendered to police five days after witnesses at the Mall at Rockingham Park in New Hampshire recorded video of a man encouraging a girl to hand out toys while inside a KeyMaster game, New England Cable News reported.

The video shows another child exclaiming, “Yes, it worked,” as the girl passes the prizes out of the machine, according to Boston news station WCVB-TV. The young girl is later seen poking her head out of the machine before sliding out.

Helinski, a middle school teacher, was placed on leave pending an investigation, the Andover Public Schools district said in a statement obtained by the station.

"One of our teachers at the Doherty Middle School was involved in an incident in Salem, N.H., last week. Andover Public Schools is fully cooperating with authorities," a district spokeswoman said. "The teacher has been placed on administrative leave pending the outcome of an investigation."