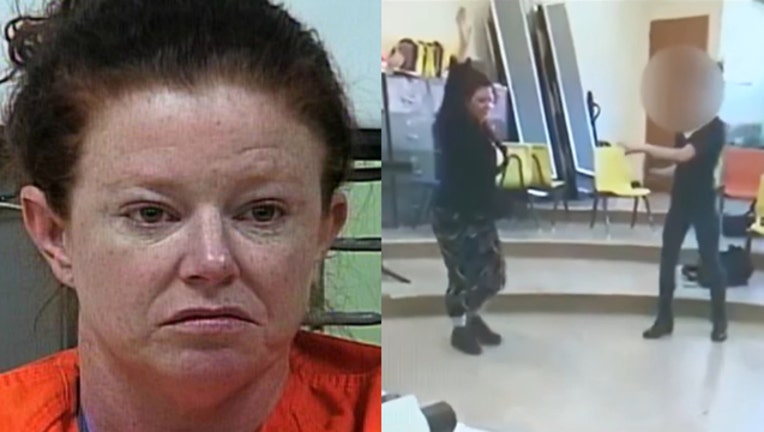 PAWHUSKA, Okla. (AP) - Police in northern Oklahoma say they've arrested a substitute teacher on an indecent exposure complaint after she reportedly did a cartwheel in front of students while wearing a skirt but no undergarments.

The Pawhuska Police Department says a student recorded the incident on a cellphone. Police Chief Scott Laird says the incident reportedly happened during a high school choir class in Pawhuska, about 100 miles northeast of Oklahoma City.

The substitute teacher, whose name has not been released, was arrested Tuesday afternoon. Pawhuska police say she remains jailed Wednesday morning.