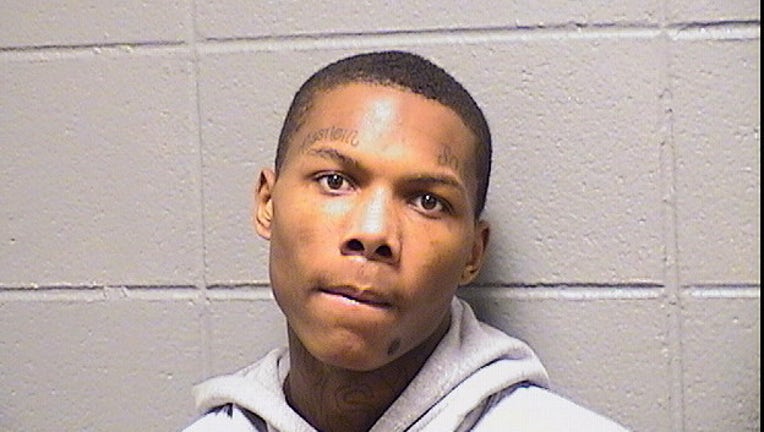 A teenager who was killed with his friend last summer while trying to sell his father’s car on Facebook Marketplace was lured to Englewood and shot multiple times, Cook County prosecutors said Thursday.

Davion Jones, 18, faces two counts of first-degree murder in the killings of Charlie Perez, 17, and Enrique Gonzalez Jr., 20, after prosecutors say he communicated with Perez about buying the Honda Civic offered for sale and was seen getting into a car with both victims on July 15 shortly before they were found shot to death.

Jones, who was 17 at the time of the murders, has been charged as an adult.

On the day they were killed, Perez drove Gonzalez to 71st Street and Loomis Avenue, where Perez had agreed to meet with a buyer for the Civic, Assistant State’s Attorney James Murphy said.

He was followed in another car by his mother, but she lost track of her son when she was caught at a red light. Despite calling him several times, the teen never picked up, Murphy said.

She would later learn her son had been killed when a detective answered his phone.

About 11:30 a.m. that day, a Chicago police POD camera recorded Jones and another person entering a corner store at 69th Street and Loomis Avenue, where Jones was recorded by surveillance cameras wearing "a gold do-rag and a white T-shirt with ‘Gi-Gi’ written on it," Murphy said.

At 3:15 p.m., Jones was allegedly recorded by another surveillance camera wearing the same clothes as he got into the passenger seat of the Civic and Perez drove away. At the same time, a blue Chevrolet Malibu with a gray gas cap was recorded driving by.

Less than 10 minutes later, officers responding to a ShotSpotter alert in the 6900 block of South Throop Street found Perez shot twice in the neck in the driver’s seat of the Civic and Gonzalez already dead in a rear seat from a gunshot wound to the back of his head.

Several 9-mm shell casings were found at the scene.

Detectives later learned that in addition to communicating with Perez on Facebook the day of the murder, Jones had also been exchanging messages with another person, Murphy said. In the messages, Jones messaged "B on P," which Murphy said meant "Be on Point," and described the color of the Civic.

Jones had been stopped by police in March for not wearing a seat belt in the blue Malibu that had passed by Perez as Jones got into his car, Murphy said. Jones was also seen driving the Malibu, which is registered to his sister, when he was taken into custody Wednesday.

Jones was in possession of a 9-mm handgun when he was arrested, according to Murphy. The gun is still awaiting testing at the Illinois State Police crime lab to see if it matches shell casings recovered at the scene of the murder.

Jones is a high school senior with no criminal background who lives with his mother and was planning on working at a church this summer, an assistant public defender said.

He was expected back in court June 1.