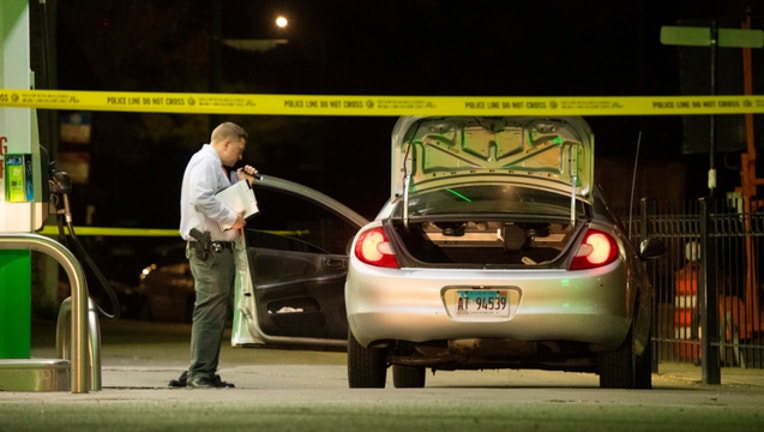 Police investigate a vehicle where a 18-year-old driver was shot Monday night in the 3100 block of West North Avenue. The shooting took place when the vehicle was traveling on the 2300 block of North Kenzie. | Tyler LaRiviere/Sun-Times

CHICAGO (SUN TIMES MEDIA WIRE) - An 18-year-old man was shot Monday night while driving in the Logan Square neighborhood on the Northwest Side.

About 10 p.m. the man was traveling in the 2300 block of North Kedzie when a male inside a black Ford Focus started shooting at him, according to Chicago police.

He suffered a gunshot wound to his shoulder and was taken to Stroger Hospital, where his condition was stabilized, police said.

Police were investigating the vehicle at a BP gas station in the 3100 block of North Avenue. Bullets had struck the car’s trunk and bumper and grazed the driver’s side seat.