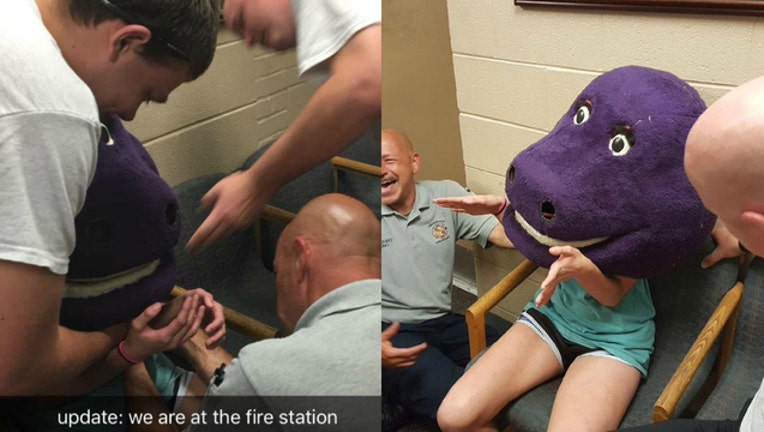 FOX NEWS - A 15-year-old Alabama girl got stuck in a giant Barney dinosaur head, and the Internet can't stop laughing.

Darby Risner told AL.com she was at a sleepover party at a friend's house over the weekend when she found the oversized purple head of a Barney costume.

She said she wanted to scare her friends by wearing the mask, but the prank quickly backfired when she couldn't remove it.

"The head was closing in on me,'' Darby said. “It was like a stuck-in-a-small-place-and-can't-get-out-panicking."

The whole 45-minute ordeal was captured in hilarious photos and videos, from her friends trying to help remove the mask to a car ride to the Trussville fire station to firefighters finally cutting the mask off.