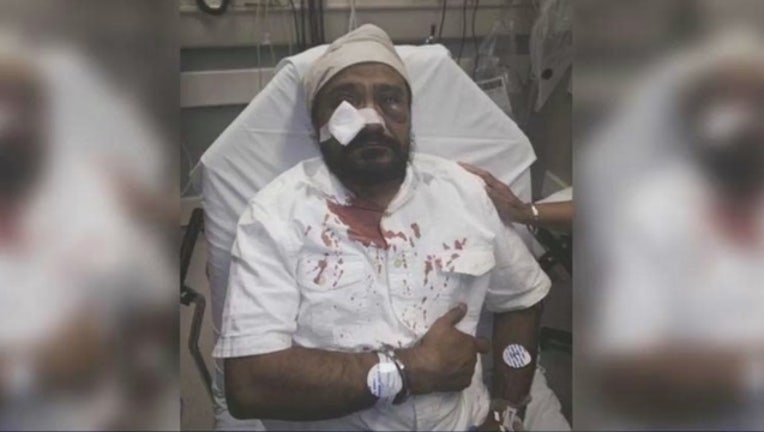 CHICAGO (STMW) - A teenager has been sentenced to two years of probation for attacking a Sikh man in west suburban Darien last September.

The 17-year-old boy was charged as a juvenile with felony aggravated battery and was later charged with a hate crime, according to the DuPage County state’s attorney’s office. His name was withheld because he is a minor.

On Sept. 8, Darien police responded to a call of battery near Cass Avenue and 69th Street about 5:15 p.m. and found 53-year-old Inderjit Mukker in the front seat of his car with cuts and bruises on his cheeks, prosecutors said.

He had been driving, but pulled to the side of the road after the teen began yelling racial slurs at him, prosecutors said. The boy also pulled over, got out of his car, argued with Mukker, and then punched him in the face before driving away.

When police arrested the boy at his Willowbrook home Sept. 11, he resisted arrest and punched an officer in the face, prosecutors said.

“Not only have the defendant’s outrageous actions on Sept. 8, 2015, taken an emotional, physical and even financial toll on Mr. Mukker … his actions also have shaken the entire community,” State’s Attorney Robert Berlin said in a statement. “My office has zero tolerance for crimes based on hatred or prejudices.

In addition to probation, the boy was ordered to perform 200 hours of community service, part of which must be spent serving the Sikh community, according to the state’s attorney’s office. He must also pay $4,869.50 in restitution and undergo counseling.

“The importance of a hate crime charge was never about endorsing a harsher penalty for the assailant, but rather ensuring that our government agencies and the American public acknowledge the problem,” Sikh Coalition legal director Harsimran Kaur said in a statement Wednesday, adding that hate crimes against Sikh Americans and xenophobic speech have recently increased.

“Mr. Mukker’s case is unfortunately not unique and we must continue to do more to combat this problem together as a nation,” Kaur said.