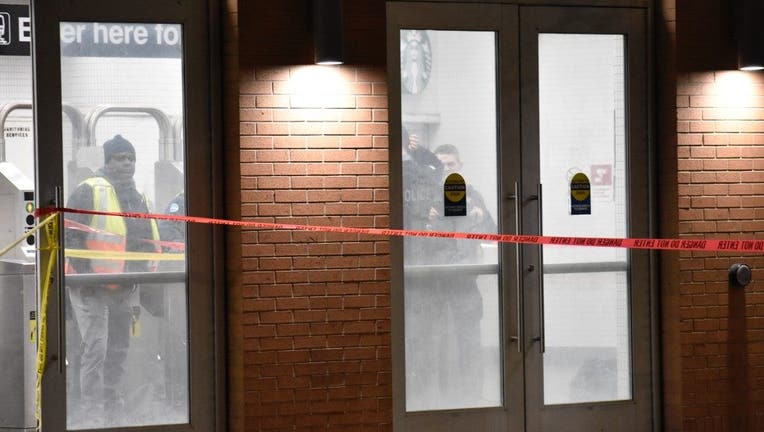 Police investigate at the North/Clybourn CTA Red Line station Feb. 24, 2020, after a teenage boy stabbed in the 1600 block of North Bissell Street ran to the station to get help. | Carly Behm/Sun-Times

CHICAGO - Three people were released without charges after being questioned in connection with the stabbing of a 15-year-old boy Monday in Ranch Triangle on the North Side.

He was walking with a friend at 12:57 a.m. on the sidewalk in the 1600 block of North Bissell Street when two males got out of a silver Dodge Charger and chased them, according to Chicago police.

The boy was stabbed in the chest, arm and leg, police said. He ran to the North/Clybourn CTA Red Line station less then a block away to call for help and was taken to Lurie Children’s Hospital in critical condition.

No other injuries were reported, police said. Three people who were being questioned by detectives were released without charges.

Part of North Avenue was blocked off with crime scene tape near the intersection with Halsted Street as officers investigated inside the Red Line station.