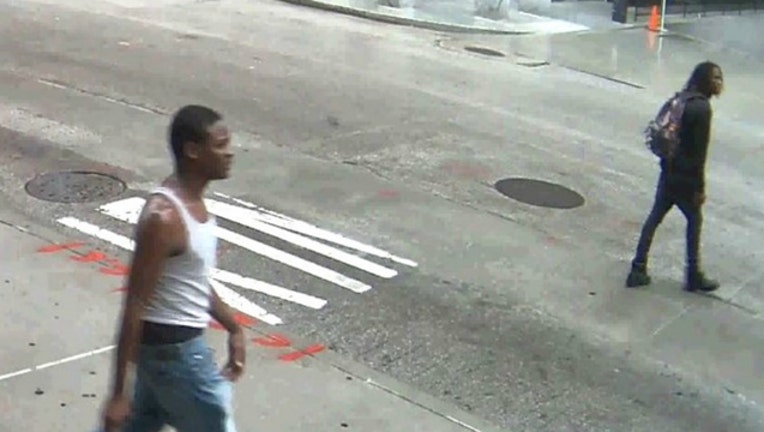 CHICAGO (Sun-Times Media Wire) - Two teenagers are facing federal charges in a string of heists over the last week in the Loop and Near North Side.

Brantez Evans, 18 and Lamarr Brown, 19, allegedly used a BB gun to rob three Subway restaurants and a minimart, according to the U.S. Attorney’s Office of the Northern District of Illinois.

They were arrested by Chicago police Tuesday minutes after allegedly robbing a Subway restaurant at 1234 N. Halsted St., prosecutors said.

They had both entered the Subway, and Brown approached the counter, raised his shirt to show a gun and said, “Give me the money… Come on man you don’t want to get shot,” a criminal complaint states.

Brown grabbed the register’s cash — $307 in all — a took off with Evans, prosecutors said. Evans returned to the Subway again shortly after to pick up a backpack he left on a chair, prosecutors said. Chicago police arrested the pair about a half mile north in the 1500 block of North Dayton Street.

Evans and Brown were also charged with three other robberies that happened:

Brown and Evans are each facing a federal count of robbery, which is punishable by up to 20 years in prison, because their alleged robbery of a Subway Restaurant is considered to be obstructing interstate commerce.