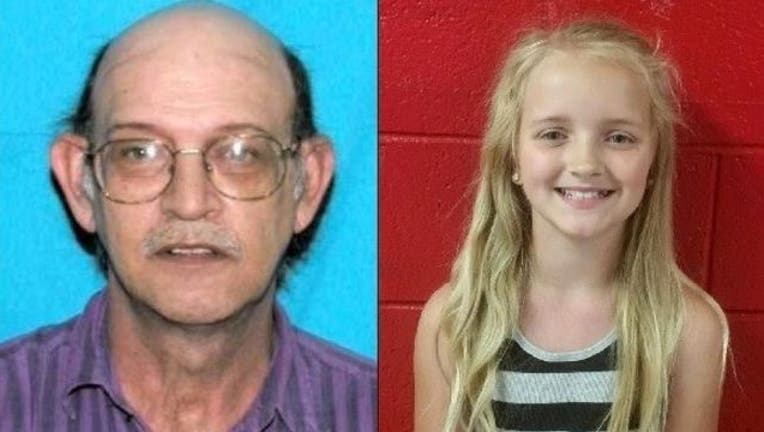 AP - The Tennessee Bureau of Investigation has issued an Amber Alert for a 9-year-old girl who was picked up from school by an uncle and hasn't been seen since.

The TBI says 9-year-old Carlie Marie Trent of Rogersville was reported missing on Wednesday after a non-custodial uncle, Gary Simpson, signed her out of school under false pretenses.

Carlie is described as having blonde hair and blue eyes. She is about 4-foot 8-inches tall and weighs about 75 pounds.

She was last seen with Simpson. He is a 57-year-old white male with brown hair and eyes. Police say he is balding, stands 5 feet, 10 inches tall and weighs 157 pounds.

Simpson was last seen driving a white 2002 Dodge van with a Tennessee registration of 173GPS. Police say it has a dark stripe and gold running boards.