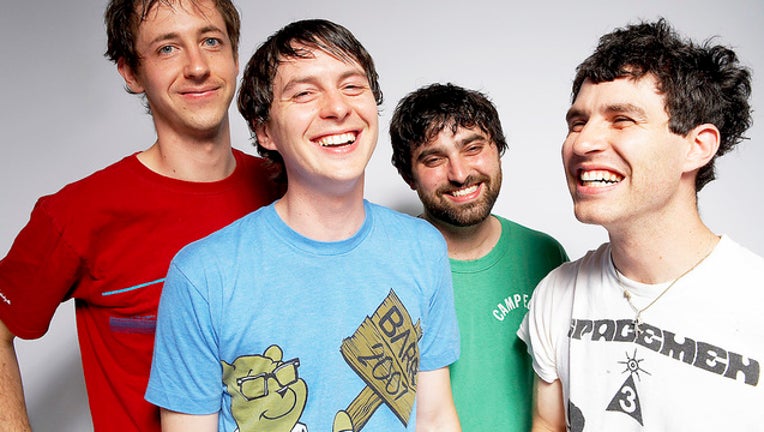 The first time I saw Animal Collective in concert I thought they were one of the worst bands I had ever seen. It sounded like zoo animals had formed a band and were trying to pass it off as music. Fast forward 10 years, I now take great pleasure in Animal Collective concerts. Though some still complain that their live show can be hit or miss, when it hits, it really hits. Having just released another excellent album, Painting With, AC continues with their tripped-out, Beach Boys vibe. Let go of all preconceived notions and let the music take you away. It will take you places. NYC hip hop trio Ratking opens up.

A shoutout to the folks at the Empty Bottle for being Chicagoan enough to throw an outdoor event in February. Now in its 3rd edition, "Music Frozen Dancing" -- a play on the Bottle's awning, which says: MUSIC FRIENDLY DANCING -- is an afternoon block party held right outside the Bottle on Western & Cortez. This year's party is headlined by Atlanta rockers, The Black Lips. Expect the Lips music to whip the crowd into some frenzied dancing. P.S. Weather calls for partly sunny and 52 degrees; basically spring break!

Where's The Band?
Sat 2/27, 8:30pm @ Bottom Lounge
Remember sitting in your dorm room back in '99 singing along to those love-torn songs that Vagrant Records was pumping out? Then this show is for you! Frontmen from Saves the Day, Alkaline Trio, Get Up Kids and Hot Rod Circuit will be playing what amounts to an Emo All-Star Unplugged extravaganza. Expect a couple tears and heavy crowd participation.

Upon hearing the name GoGo Penguin, I set my expectations very low on my first listen of this UK jazz trio. Excuse me, electronic jazz trio. Which, like their name, also sounds like a horrible idea. Lesson learned, though... Never judge a book by its cover and never judge a band by its name. With two fantastic albums already under their belt, GoGo Penguin's third is a continuation of their piano-driven jazz that is eloquently complimented by excellent percussion and fresh beats. This is not gonna set a dance floor at festivals on fire, but it will definitely get your mind and body into a good groove. If Explosions in the Sky traded in their guitars for pianos and drum machines, you would get GoGo Penguin.