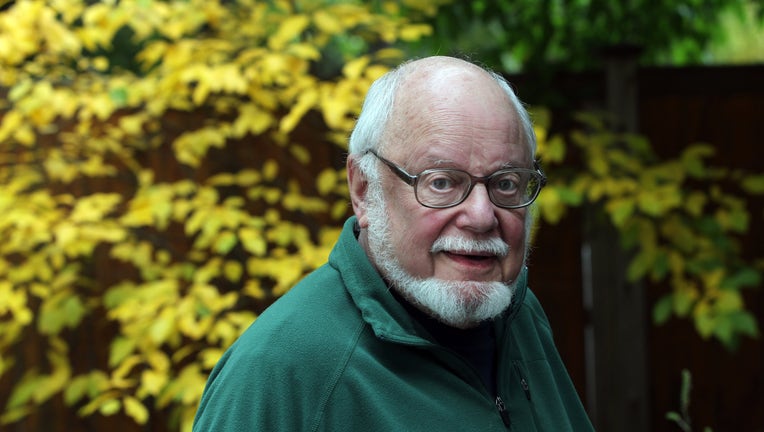 Norton Juster, the celebrated children's author who fashioned a world of his own in the classic "The Phantom Tollbooth" and went on to write such favorites as "The Dot and the Line" and "Stark Naked," has died at 91.

Juster's death was confirmed Tuesday by a spokesperson for Random House Children's Books, who did not immediately provide details. Juster's friend and fellow author Mo Willems tweeted Tuesday that Juster "ran out of stories" and died "peacefully" the night before.

"Norton's greatest work was himself: a tapestry of delightful tales," Willems wrote.

As Juster wrote in the introduction to a reissue of "Phantom Tollbooth," he first thought of the book when he was in his late 20s and working at an architectural firm in New York City. He found himself wondering, the way a child might, about how people relate to the world around them, and eventually turned it into a story.

Published in 1961, "The Phantom Tollbooth" followed the adventures of young Milo through the Kingdom of Wisdom, a land extending from The Foothills of Confusion to The Valley of Sound. Drawings were provided by his roommate at the time, Jules Feiffer, who would later collaborate with Juster on "The Odious Ogre," published in 2010. Eric Carle of "The Hungry Caterpillar" fame illustrated Juster's "Otter Nonsense," which came out in 1982.