This is a story about a college kid, a missing Super Bowl ring and one of the greatest players of all time.

CHICAGO - This is a story about a college kid, a missing Super Bowl ring and one of the greatest players of all time.

With the Super Bowl just around the corner, we decided to re-tell the unbelievable story of how Walter Payton’s Super Bowl ring was found in a college kid’s couch, and if you haven't heard this one, you won't believe how it went down.

It’s 1985 and the Bears were making headlines. But years later, a Super Bowl shuffle of a different kind made news. Fast forward to 1993 when the Hoffman Estates boy’s basketball team was heading to state and Walter Payton was an assistant coach.

“He wanted the guys to know how much he trusted them. He knew they were going to win and take a little bit of him with them. He gave them the Super Bowl ring," Walter’s wife, Connie, said. 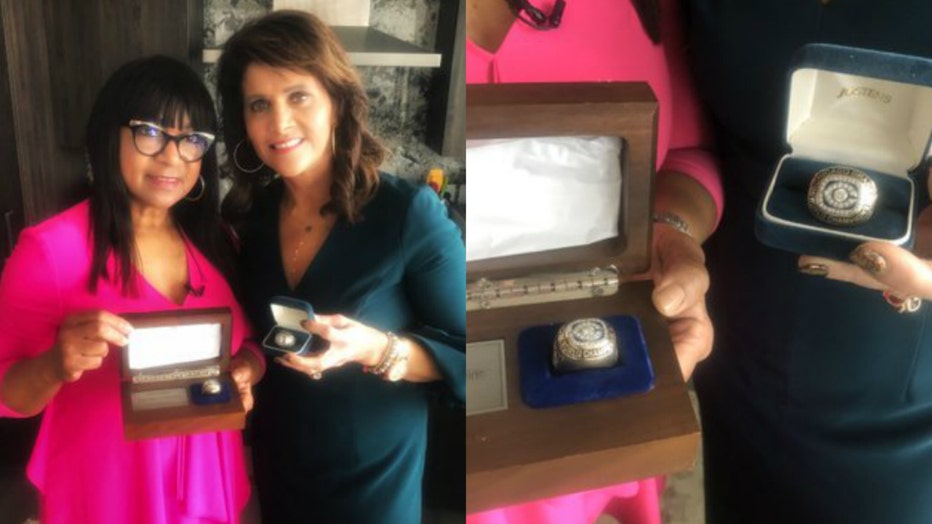 The team passed the ring around at one of their teammates homes and then it somehow got lost.

"The family was a nice family and they felt so bad. They went through everything and he said it's ok, it could be replaced," Connie said.

Walter had another one made. Eight years later and two years after he passed away, Purdue College student Phil Hong unexpectedly found the ring underneath his apartment couch with the help of his dog Bailey. That was 19 years ago.

Today, he remembers the story like it happened yesterday.

"We had a Doberman that was kind of rambunctious…he gets his toy stuck under the couch. I went to go reach for the ball and the ring was just sitting there. He had ripped out the lining.” Hong said.

The couch was given to Hong by one of his Hoffman Estates teammates whose brother was on that basketball team that Walter coached, and that couch had moved back and forth with him several times.

"I guess my first thought was how did this ring not fall out of this old decrepit couch after all these years,” Hong said. 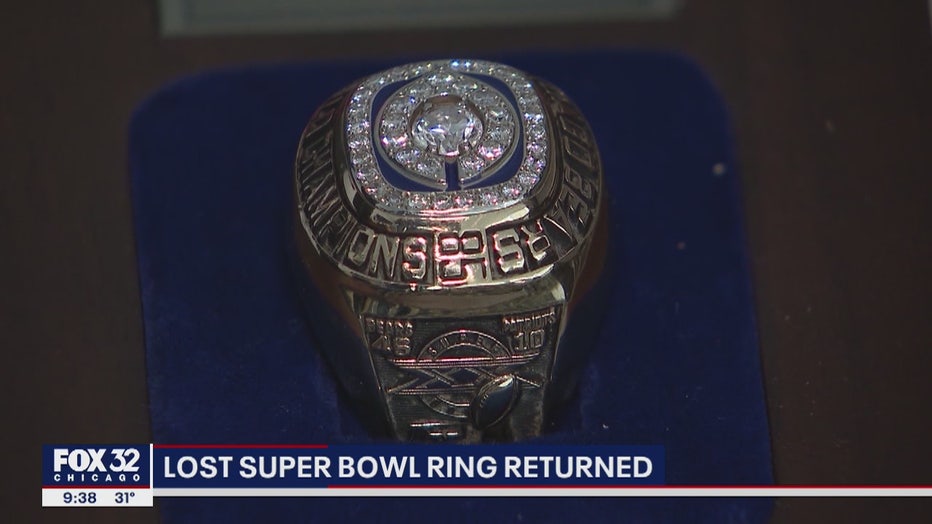 Word spread that Walter’s missing Super Bowl ring had been found. It made national headlines and Hong became an instant TV celebrity. He remembers the day he returned the ring to Connie and all the media attention he received.

Hong is now 40 years old and lives in Texas. The father of two and a devoted Walter Payton fan, he even wore number 34 when he played high school football.

"I've been a lifelong Bears fan and obviously loved Walter Payton growing up and the ‘85 Bears, so just to be able to hold that in my hands just for that brief moment, it was a great experience,” Hong said.

But the story doesn't end there. At one point, Connie actually lost the replacement ring.

"I decided to hide the Super Bowl ring thinking this one's going to be safe, nothing’s going to happen. And I hid it in a shoebox and I forgot where I hid it and I was about to give the shoes away, which I do a lot and something told me to open that box and I opened the box and there was the replacement ring,” Connie said.

All ended well, and thanks to Connie’s instinct and a college kid’s honesty, the Paytons now have two Super Bowl rings -- one for each of her children.

"Phil I can't believe it's been 19 years. I just want to thank you for being a good human being and doing the right thing by returning this ring. I will be forever grateful,” Connie said.