CHICAGO - Myron Richardson often bought his mother roses, so his friends and family stood on Doty Avenue on the Far South Side recently holding bunches of red and white balloons on what would’ve been his 21st birthday.

It has been over a year since Richardson was shot to death, and his mother Carmela Richardson wonders if she will ever see justice. That’s why she’s seeking a little justice of her own, here in the 12100 block of South Doty Avenue where her son was killed.

Richardson is pressing to have the stretch named after her son, and she’s asking city officials to make the street safer with cameras and lights.

"It’s pitch black dark, the streets are terrible with potholes," she said. "Sometimes you have to turn your [high beams] to make sure another car is not coming."

She has the support of well-known community activist Andrew Holmes. "We’re looking for some improvement over there in his name," he said. "Someone can come up and carjack, rob you or even take your life." 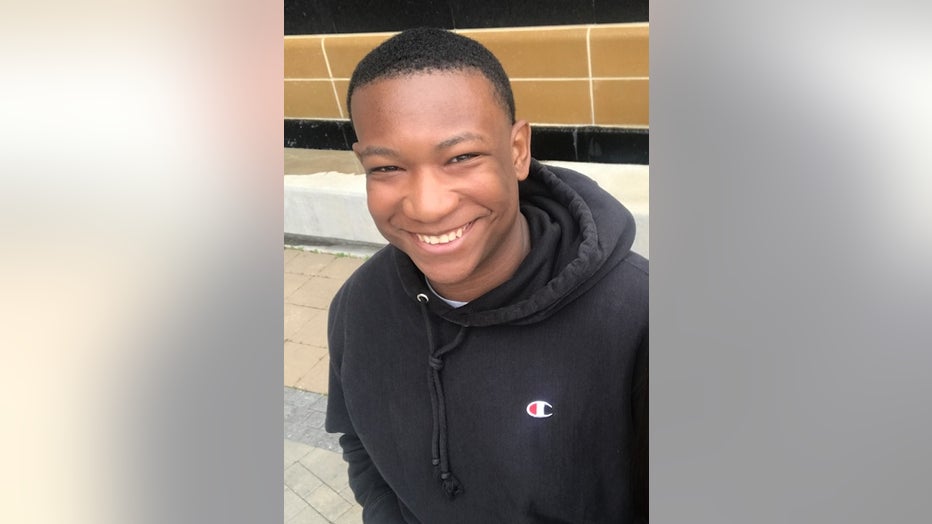 She has so far gotten no commitment from Ald. Anthony Beale (9th), whose office has told her it is allotted two honorary signs a year and there is a 10-year backlog. While the alderman said the potholes are scheduled to be filled, his office did not comment on Richardson’s request that the street be made less dangerous.

For Richardson, it’s more waiting for answers. While Chicago police have made an arrest in the case, the suspect has not been charged with firing the shot that killed Myron Richardson.

"My kids deserve to know that the person who took their brother is going to be put away for the rest of their lives," Carmela Richardson said. "I don’t want to let them down."

In the days following Richardson’s death, Carmela and her family called a detective nearly half a dozen times to follow up on the case and were unable to reach him, they say. Another time, a supervisor hung up on them, according to the family.

Four months later, Darius Dawson — Myron’s half-brother — was arrested in Park Forest after officers linked him to the murder through cell tower data and video surveillance footage, according to police reports obtained by the Sun-Times.

Dawson was charged with concealment of a homicide, according to court records. He is being held on $1 million bond in the case. His next scheduled court date is Sept. 27.

Richardson says detectives "didn’t put their best foot forward because they thought Myron was another Black kid slain in the streets of Chicago."

"They need to know Myron was well-loved," Carmela Richardson said. "If it was yours, you’d want someone to do everything under the sun for you and yours to get justice, so why can’t that be for everybody?"

On the morning of July 6, 2021, Myron Richardson told his girlfriend he was going to meet Dawson at his house. The Richardson family said Myron’s phone last pinged at the Park Forest home before it was turned off.

After Dawson was questioned by police, Carmela Richardson says a detective told her the end of last year he knew Dawson was involved in the murder.

In the following months, Richardson said she tried, in vain, to reach the detective in an attempt to provide new information.

"I have left my name and my number, he has not returned my calls," she added. "That’s a slap in the face to myself and everybody that loved Myron."

Asked why no murder charges have been filed, police spokesperson Tom Ahern would only say, "The case was presented to the state’s attorney and was charged accordingly."

Carmela Richardson said she still vividly remembers the last time she spoke to her son. "He knocked on my door and told me he was leaving, and I did not know that would be the last time I actually heard my son’s voice present in my home," she said.

"I’m supposed to be the one that takes the pain away from my kids, to keep them safe," she said. "And I could not keep my son safe."

On her son’s birthday, Carmela Richardson watched as the over 50 balloons drifted over Doty Avenue, her latest fight in her son’s memory.

"This is going to forever hurt us," she said.