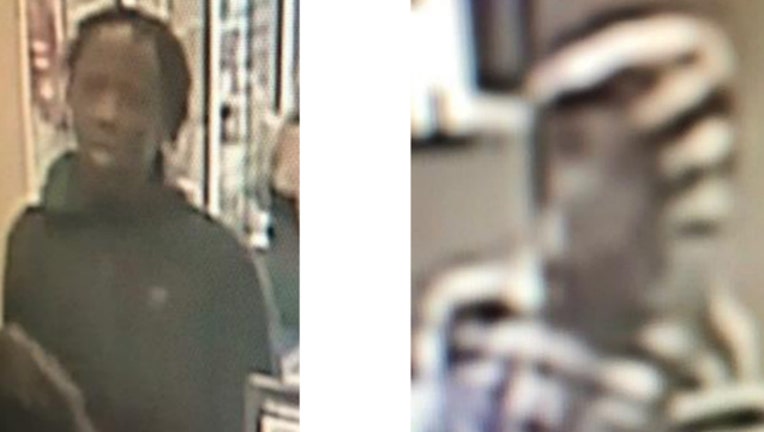 Surveillance images of the suspects in a robbery June 5, 2019, at a post office at 4101 S. Halsted St. | U.S. Postal Inspection Service

They entered the Stockyard Postal Station, 4101 S. Halsted St., at 11:22 a.m. and asked an employee for a $2 money order, according to Chicago police and the U.S. Postal Inspection Service.

One of the men grabbed the entire booklet of blank money orders out of the employee’s hands and they both ran to a silver sedan outside, authorities said. The car was last seen heading east on 41st Street.

They were both described as men between 25 and 28 years old, according the postal inspection service. One was about 5-foot-10 with a slim build, wore a black hoodie and had dreadlocks down to his ears with a receding hairline.

The other man had short hair and wore a hoodie with multi-colored stripes or squares on it, the postal inspection service said.

No weapon was shown and no injuries were reported in the robbery, authorities said.