No injuries after two planes collide midair over Colorado

Colorado deputies say they are amazed after reporting no injuries when two planes collided in the air Wednesday morning. One safely landed at a nearby airport. The other deployed a parachute and crash-landed in a field.

The Arapahoe County Sherriff’s Office said the incident happened near E. Bellevue Ave. and S. Cherry Creek Dr. around 10:25 a.m., according to FOX 31.

Deputy John Bartmann told reporters at a news conference that one of the planes, a Metroliner jet, was able to land a Centennial Airport without any issues or injuries. The jet was a Swearingen Metroliner SA226TC cargo plane operated by Key Lime Air, according to the media outlet. 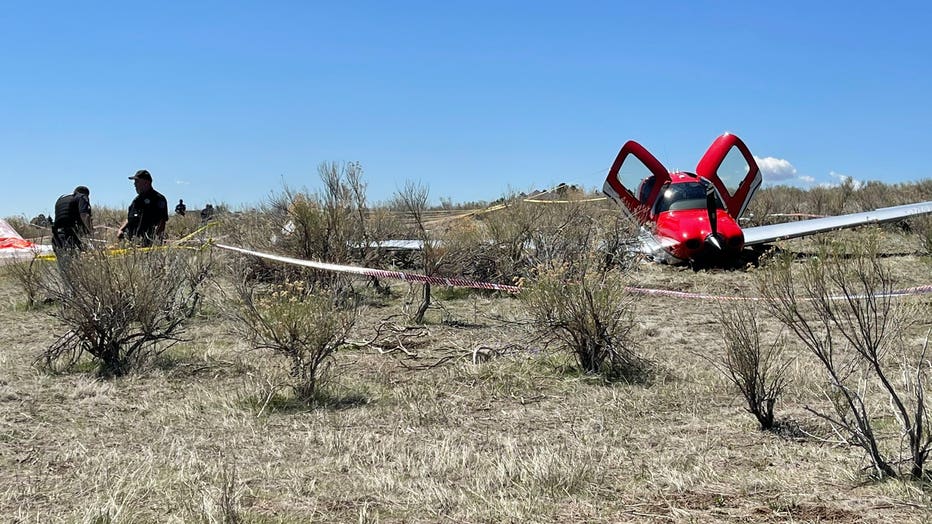 A picture of single-engine Cirrus SR22 that crash landed after colliding with a jet in midair. (Credit: Arapahoe County Sheriff's Office)

The other plane, a single-engine Cirrus SR22, crashed landed into a field after deploying a parachute. Two people inside the plane walked away, according to Bartmann.

Bartmann added there was no fire or fuel spill related to the crash.

"You’d expected something a lot worse," Bartmann said in reference to there not being any injuries. "This was amazing. We’ve had several plane crashes in our jurisdiction. Never have we seen a parachute be deployed and bring the plane down safely."

Bartmann said he didn’t know what led up to the collision or the flight paths of either plane.

He warned people in the area not to touch any plane debris but rather call authorities.

Investigators with the Federal Aviation Administration are already on the scene. Officials with the National Transportation Safety Board are expected to arrive at the scene later.

The midair collision comes months after another in-flight scare in Colorado skies. A United Airlines plane made a safe emergency landing at Denver International Airport after dropping debris on a neighborhood in February. The FAA said in a statement that the Boeing 777-200 returned to the airport after experiencing a right-engine failure shortly after takeoff. Flight 328 was flying from Denver to Honolulu when the incident occurred, the agency said.

This is a developing story. This story was reported from Los Angeles.