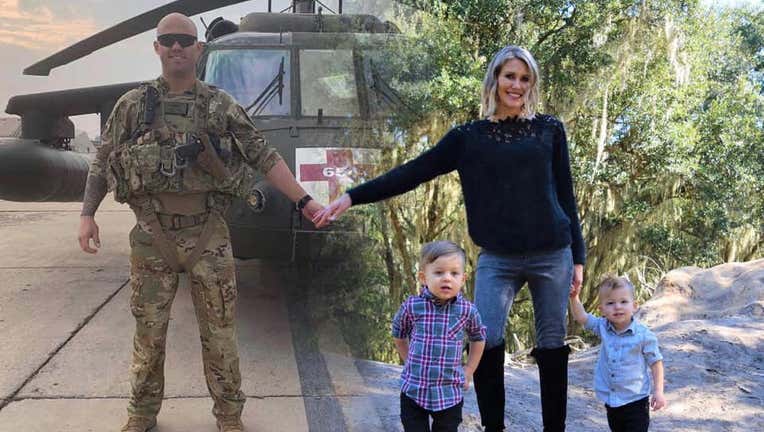 TAMPA, Fla. - When Danielle Cobo got married in 2013, she never imagined she would have to Photoshop her husband onto the family Christmas card six years later. Her husband is currently deployed overseas with the military and it is the first Christmas they will not spend together.

The Christmas card features a family photo, taken by their nanny, showing her husband standing in front of a helicopter holding her hand as she stands with the couple’s two-and-a-half-year-old twins -- but it is actually two photos combined as one.

Cobo knew her husband had a passion for the military, and less than a year after their wedding he closed his medical marketing company to join the Army. She said they only spent one anniversary together since he enlisted and though he’d be gone a few weeks here and there, this is the first time he’s been deployed.

By the time he returns home in spring 2020, he will have missed more than half of their twin’s lives, but Cobo said she wouldn’t change a thing.

“It was such a calling for him and I didn’t want anything to hold him back from his dreams,” she said.

Cobo said she incorporates her husband into the twin’s daily lives through photos, stories and videos, but they just have one wish for Santa this year: to bring their father home safe.