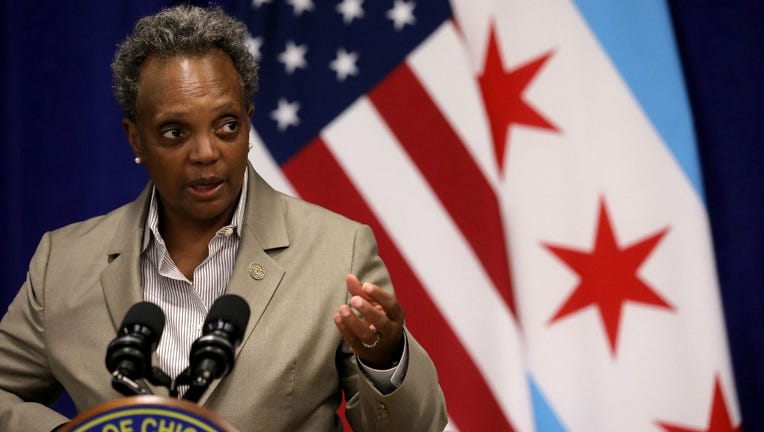 CHICAGO - Chicago Mayor Lori Lightfoot's security team has been getting the green light when it comes to tickets for red-light camera violations, according to a Chicago Tribune report.

Ten of 13 tickets for speed or red-light camera violations have been dismissed since May 2019, the Chicago Tribune reported, even when the mayor was attending non-city events.

The city defended the ticket dismissals, saying the mayor’s two-vehicle security team must try to stick together.

They’re trained “to stay together at all times for the safety and protection of the mayor,” the city said.

But some dismissed tickets were on vehicles assigned to officers who weren’t driving the lead or tail car.

“If the law shows they went through the light unjustly, they need to pay the ticket,” Alderman Anthony Beale said. “You can’t have different standards for the people than for yourself.”

Drivers caught on camera going 10 mph above the speed limit now face a $35 ticket. The fine is larger if excessive speed tops 10 mph.

Lightfoot criticized the red-light camera system when she was a candidate, saying the tickets fell disproportionately on minorities.

Lightfoot wants to give warnings to drivers caught going 6 to 9 mph above the limit. A second offense on camera would mean a $35 ticket in the mail.