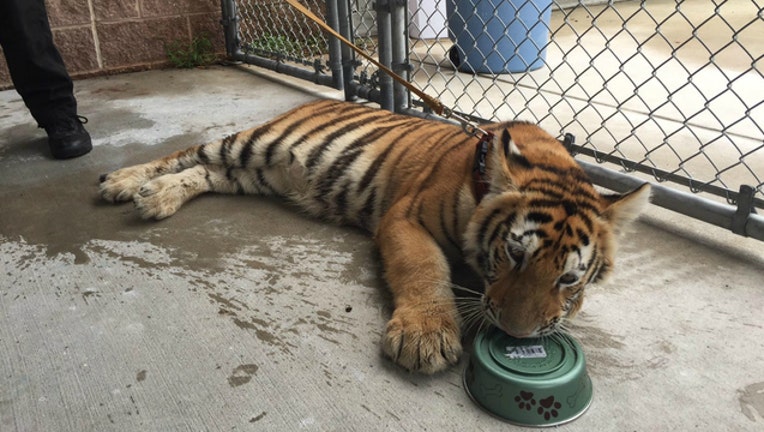 The Conroe Police Department says it received several phone calls Thursday from residents who saw the young, female tiger wandering around the city.

Animal control officers captured the tiger, which was wearing a collar with a leash attached.

Sgt. Dorcy McGinnis said that the tiger seems to be tame. Authorities are asking for assistance in locating the tiger's owner.

McGinnis said that if the tiger and its owner live in Conroe, the tiger will no longer be able to be housed in the city due to this incident.

Conroe is 40 miles north of Houston.