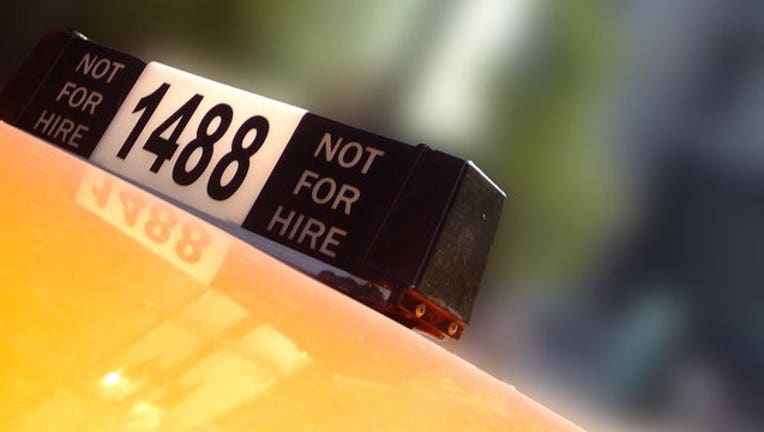 NEW YORK (AP) -- Ever feel like the taxi ride from the airport costs more than the trip there?

It's not your imagination.

Airports across the country add surcharges of up to $5 a ride -- typically passed directly on to travelers -- for trips originating at their curbs. There are similar charges for limousine, Uber and Lyft drivers as well as shuttle buses for hotels, car rental companies and off-airport parking lots.

Those fees quickly add up, costing travelers more than $183 million last year at the 50 largest airports in the U.S., according to Associated Press calculations based on data obtained through dozens of public records requests.

"What are we doing that causes the airport to spend more money?" said Kimberly Grubb of Fort Worth, Texas, who was recently awaiting a Lyft pickup at San Francisco International Airport.

"It wouldn't be any different than if we knew people here who could come pick us up," Grubb adds. "It leaves a bad taste in your mouth."

San Francisco has one of the highest pickup fees in the nation: $5 for taxi rides that originate there and $3.85 for rides provided by transportation network companies such as Uber and Lyft. Asked why the airport needs to charge such fees, spokesman Doug Yakel replied that state and federal regulations allow them.

Airports across the country say the ground transportation fees are necessary so they can pay to maintain the many miles of roads on their properties. The fees also go, in some cases, to hire staff to direct traffic and to dispatch taxis. With the growth of app-based ride services like Uber and Lyft, airports have also constructed new waiting areas and parking lots.

Officials at most airports were reluctant to further explain why they charged the fees except that doing so helps keep airport costs down, which in turn makes it cheaper for airlines to serve the community.

At Washington's Reagan National Airport, taxis have to pay $3 to access the pickup line, while other services like Uber have to pay $4. Spokesman Rob Yingling says the airport has very limited space and needs to create waiting areas for the cars as well as pay dispatchers and do road maintenance.

However, San Francisco, Washington and most other airports don't charge private cars to use their roads to pick up family and friends. (There are exceptions -- Dallas-Fort Worth International Airport charges at least $2 just to enter the airport grounds.)

And it's not just taxi rides that cost money.

You may decide to park your own car at a private parking lot a few blocks away from Los Angeles International Airport. There is a still a charge -- passed on through the lot operator -- for the shuttle ride to the airport. In L.A., that ranges from $2.57 to $3.85 for each loop around the airport, depending on the size of the shuttle bus. Hartsfield-Jackson Atlanta International Airport charges off-airport parking lots $10 per parking space, per year, to operate their shuttles.

Those renting cars aren't immune from the fees either.

Overall, the highest combined fees per originating passenger were in Las Vegas, the two Washington D.C. airports and Dallas-Fort Worth. (The AP analysis excludes connecting passengers because they don't have a need for ground transportation.)

Las Vegas's airport collected $17.4 million last year in such fees, which came out to 84 cents per originating passenger, the highest of the 50 largest U.S. airports. That pales compared with the $11.60 per enplaned passenger the airport collected in landing fees. But the $2 per taxi pickup fee does add up when the ride from the airport to most hotels is just 10 to 15 minutes.

Washington Dulles International was the next most expensive at 80 cents followed by National at 79 cents and Dallas at 67 cents.

The operator of the three main New York City-area airports is the only large airport system not to charge a pickup fee for taxis, Ubers or limos. The Port Authority of New York and New Jersey does charge a fee for off-airport parking lot shuttles and an advertising charge for hotel shuttles, making its average ground transportation fee 9 cents a passenger, one of the lowest in the nation.

Chicago's two airports are the lowest of the 50 largest in the U.S., both averaging about 2 cents per originating passenger.

Karen Pride, director of media relations for the Chicago Department of Aviation, refuses to answer questions about the city's fees. But one possible reason for the lower fees is that many fliers avoid taxis. Both of Chicago's airports are directly connected to the city's subway system. According to data from the Chicago Transit Authority, more than 18,000 people a day use the train to catch their flight. That's nearly one out of every five passengers, according to AP calculations, although the data also captures any airport employees who use the train.

In the age of $25 bag fees and additional charges to sit together with your loved ones, these extra few dollars might not seem like much. But many fliers are just sick of being charged for every little service, including getting a taxi home.

"For them to just tack on a charge like that is kind of adding insult to injury," says Lee Joseph, a flier from Portland, Oregon. "It's like kicking people while they're down."