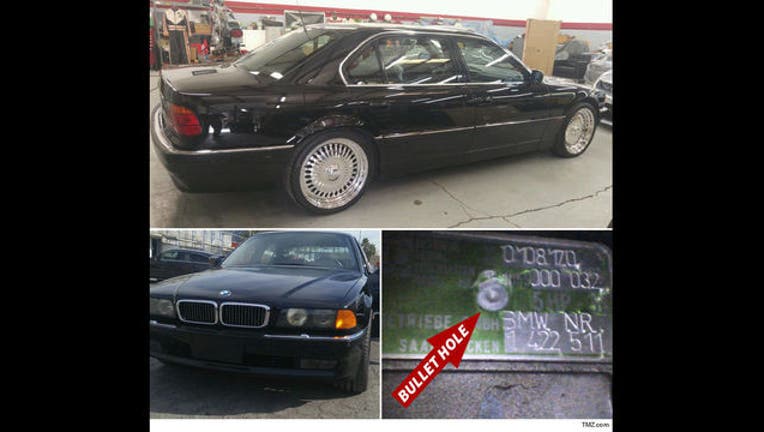 An auction house has put the 750IL up for sale. It won't be auctioned, but will be sold to someone with $1.5M.

You'll recall Suge Knight was behind the wheel and Tupac was in the passenger seat in 1996 when they were ambushed. The car was littered with bullets on the Vegas strip.

The whip's been restored to its former glory, but a close inspection reveals its bullet-ridden history ... the indentations are visible inside the door panels.

As for how the BMW ended up at an auction house ... after the murder, Vegas PD impounded it and the car was auctioned off. It changed hands several times before finding its most recent owner.

And, in case you're wondering ... the Beemer has more than 90k miles.