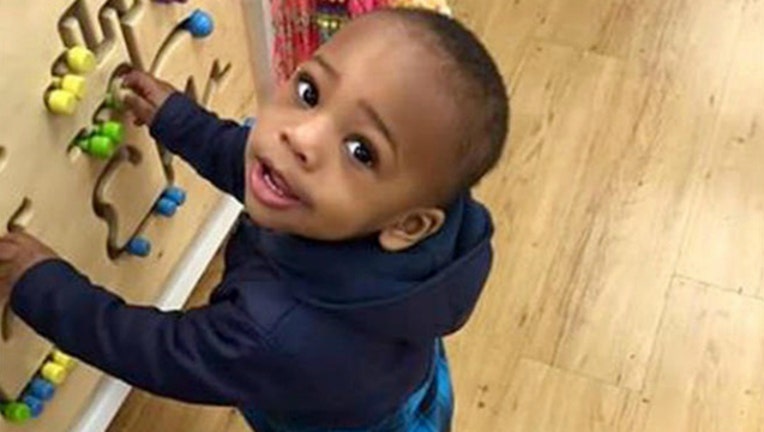 The 2-year-old boy was in a car with his pregnant 25-year-old aunt and a 26-year-old man about 1:30 p.m. Tuesday in a North Lawndale neighborhood alley when another vehicle pulled up in the 2300 block of South Kenneth, and someone got out and started shooting, according to Chicago Police.

The toddler, Lavontay White, and the man, Lazarec Collins, were both shot in the head and died at Stroger Hospital, authorities said. Collins lived in the Little Village neighborhood. The woman was shot in the abdomen and taken in fair condition to Mount Sinai Hospital. She steamed video on a Facebook Live feed that captured the attack.

Lavontay was the third child shot in the city in three days, and the second to die.

The day’s latest slaying happened about 2:40 p.m. in the Humboldt Park neighborhood. A 62-year-old man was sitting in a vehicle parked in the 3400 block of West Walnut when a dark-colored Jeep pulled alongside and someone inside opened fire. The man suffered multiple gunshot wounds to the chest and was taken to Mount Sinai Hospital, where he was pronounced dead at 2:55 p.m., authorities said.

Just before noon, 23-year-old James Johnson was shot to death when someone walked up to him in a South Shore neighborhood store in the 2000 block of East 71st Street and shot him in the chest. He was taken to Northwestern Memorial Hospital, where he was pronounced dead at 12:38 p.m., authorities said.

Tuesday’s first fatal shooting happened about 9:30 a.m. in a separate North Lawndale neighborhood attack in the 4100 block of West 18th Street. Malike Ellis was riding in a vehicle when another vehicle pulled up and someone inside fired shots, authorities said. Ellis, who lived in the same neighborhood, was shot in the chest and the driver took him to Mount Sinai Hospital, where he died at 9:53 a.m., authorities said.

The latest nonfatal shooting happened about 10 p.m. in the Austin neighborhood, where an 18-year-old man was standing on the sidewalk in the 4900 block of West Hubbard when he heard gunfire and realized he’d been shot in the left leg, police said. He later showed up at West Suburban Medical Center in Oak Park, where he was listed in good condition.

Earlier Tuesday evening, a 22-year-old man was shot in the lower back and buttocks in Humboldt Park. He was walking in the 1600 block of North Keeler about 7:15 p.m. when a dark car pulled up and someone inside opened fire, police said. The man drove himself to Norwegian American Hospital and was transferred to Stroger Hospital, where his condition was stabilized.

About 4:15 p.m., a 29-year-old man was leaving a business in the 200 block of South Laramie in Austin when another male wearing a mask walked up and opened fire, police said. The 29-year-old pulled out his own gun and returned fire before the masked suspect jumped into a silver BMW SUV, which sped away west on Adams. The man was shot in the left arm and buttocks and taken to Stroger Hospital, where his condition was stabilized. A 28-year-old woman was struck by stray gunfire, suffering a graze wound to the left hand. She was taken in good condition to Loretto Hospital. The 29-year-old’s gun was recovered at the scene and charges were expected to be filed.

In more Austin violence, a 28-year-old man was shot in the leg about 11:15 a.m. in the 1300 block of North Mayfield, police said. He was treated by paramedics at the scene and was listed in good condition.

Tuesday’s first shooting happened about 2:30 a.m. in a Lawndale home invasion in the 1400 block of South Central Park. Two people forced their way inside, and then shot through the door of a 19-year-old man’s room before taking off, police said. He was shot in the side and taken to Mount Sinai in good condition.

More than 400 people have been shot, 69 fatally, in Chicago over the first seven weeks of the year.