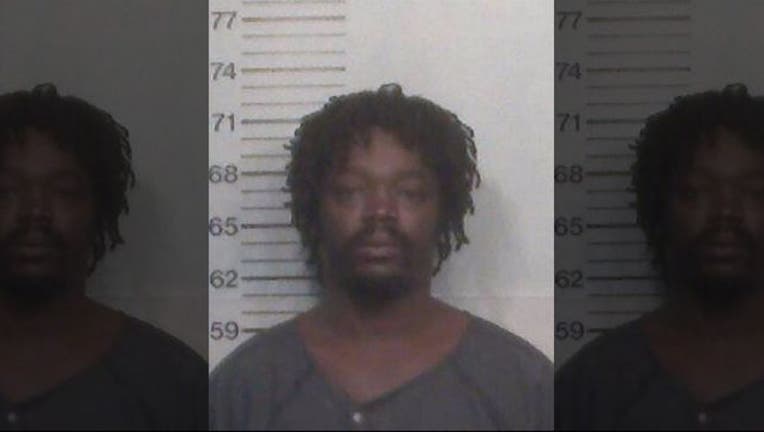 Angelo Mitchell is accused of leaving his daughter outside during Hurricane Irma. (Hamilton County Sheriff’s Office)

(FoxNews.com) - A convicted felon was arrested when his toddler was found looking “purple” after being left outside overnight Sunday -- as Hurricane Irma pounded Florida with gusting winds and heavy rain, police said.

Police said the girl was a shade of purple when she was found. Witnesses said she was also covered in scratches and bug bites. The girl was taken to the hospital and released on Tuesday.

The child’s mother reported her daughter missing about 11:30 p.m. Sunday. She said Mitchell left with the girl, but came back two hours later without her. Mitchell told the mother he didn't leave with the toddler.

Mitchell admitted to having several drinks while he was taking care of his daughter, the arrest report stated. Police officers also noted Mitchell’s breath smelled like alcohol.

Mitchell previously pleaded guilty in 2011 to felony batter after he dragged a woman by her hair, WCTV reported. He served five days in prison, but returned to do another year behind bars for violating his probation. He also had three restraining orders against him.