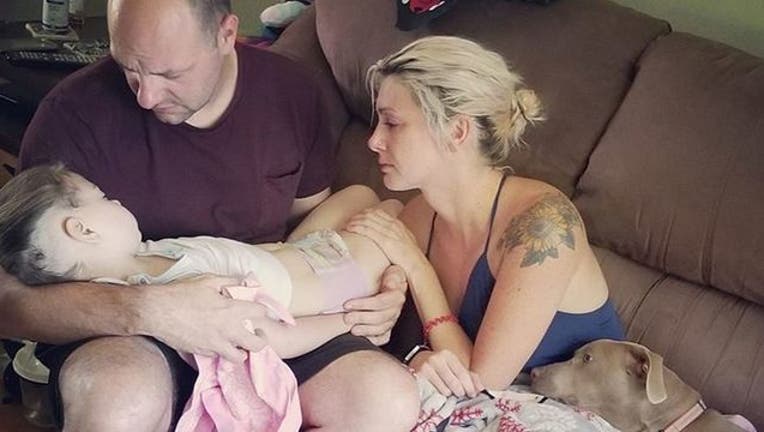 Ben and Casey Daggett hold their daughter Zoey in their arms just hours before she passed away. (Courtesy of Casey Daggett)

Casey and Ben Daggett of Fairport, N.Y., knew their daughter Zoey did not have much time left when they woke on July 4, but they were not aware that the picture would be the last one taken before she died.

Zoey took her last breath almost exactly two years after she was diagnosed with diffuse intrinsic pontine glioma (DIPG), the family said. The family spent the day listening to music and watching one of Zoey’s favorite movies, “Harry Potter and the Prisoner of Azkaban,” NBC 2 reported.

“Midway through the movie that was it,” Ben Daggett told NBC 2.

The father said his daughter stopped responding to radiation about one month before her death.

"It was probably a month ago we kind of figured out that the radiation wasn't working anymore,” he said.