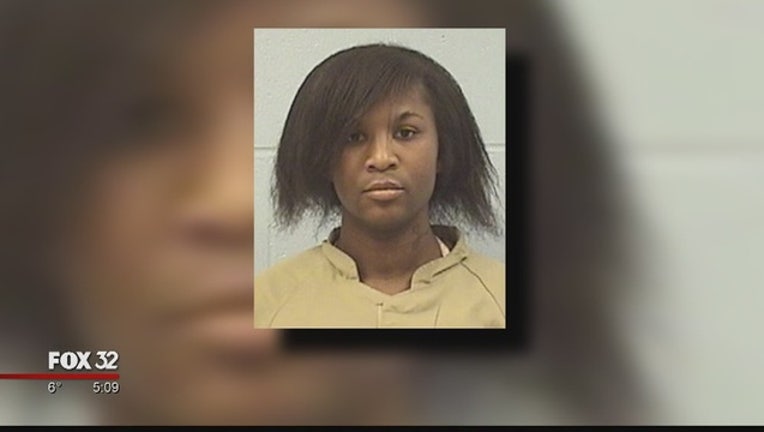 CHICAGO (AP) - A 26-year-old transgender woman serving a 10-year sentence in Illinois for burglary is seeking a rarely granted transfer to a female prison where she says she'll be less vulnerable to the kinds of sexual assault, taunting and beatings she's been subjected to in male prisons.

Deon "Strawberry" Hampton describes in a lawsuit filed last year asking for the transfer how guards and fellow inmates would regularly single her out for brutal treatment at the high-security prison in southern Illinois, Menard Correctional Center, and earlier at Pinckneyville Correctional Center.

A U.S. magistrate judge began a first-of-its-kind evidentiary hearing in Hampton's case Friday in Benton, southeast of St. Louis, to help the court decide whether to order the transfer. The hearing, which will last several days, is focused on Hampton's gender identity and on whether she could pose a risk to female inmates if moved.

While at the Pinckneyville prison, she alleges that guards made her and another transgender inmate perform sex acts on each other as the guards hurled slurs and laughed. When she was transferred to the higher security Menard, she says guards there warned they would retaliate for complaints she made about Pinckneyville guards.

Unable to comfortably represent herself as female in the male prison -- where she can't wear her hair or nails long -- has also been devastating physiologically, said one filing from her lawyers at the Chicago-based MacArthur Justice Center and the Uptown People's Law Center. "I feel inhuman," Hampton was quoted as saying.

While prison officials do have the option of assigning such male-to-female transgender inmates to women's prisons -- it happens infrequently. Federal data from 2016 indicates there were no transgender prisoners in Illinois' two female prisons; there were 28 in the state's 24 male prisons.

Surveys support claims that transgender inmates are at greater risk of abuse.

The latest available Justice Department data estimates there were over 3,200 transgender inmates in state and federal prisons as of 2012. And nearly 40 percent reported being victims of sexual misconduct by other inmates and guards -- compared to around 4 percent of the general prison reporting such abuse.

Some prisons and jails nationwide have faced similar legal challenges. Jennifer Picknelly, a transgender woman who in Massachusetts, sued a sheriff alleging she was mocked with anti-transgender slurs, extorted and raped while an inmate at a Hampden County jail for men in 2016. She recently agreed to drop the suit in exchange for a slightly earlier release.

Having a court decide where to send Hampton and other transgender inmates "would directly interfere with the operations of the (department) in a situation where Plaintiff is merely attempting to manipulate the system," Illinois Department of Corrections lawyers argued in a filing.

The same state filing casts doubt, not only on Hampton's accounts of abuse by guards, but on her gender identity -- alleging that Hampton in initial sessions with prison health workers never claimed to be transgender and, in the words of the filing, "was ok with being male."

But a key witness for Hampton, clinical psychiatrist George Brown, said in a declaration to the court before Friday's hearing that Hampton shows all the features of someone convinced of their identity as a female, saying Hampton has identified as female since the age of 5.

He also challenged the department's contention that Hampton is a greater risk to women because she hasn't had sex reassignment surgery, saying such a view "conflicts with all reliable medical literature." He added Hampton's low testosterone levels due to previous hormone treatments meant she was "functionally chemically castrated."

A decision on the transfer request isn't expected for several weeks.