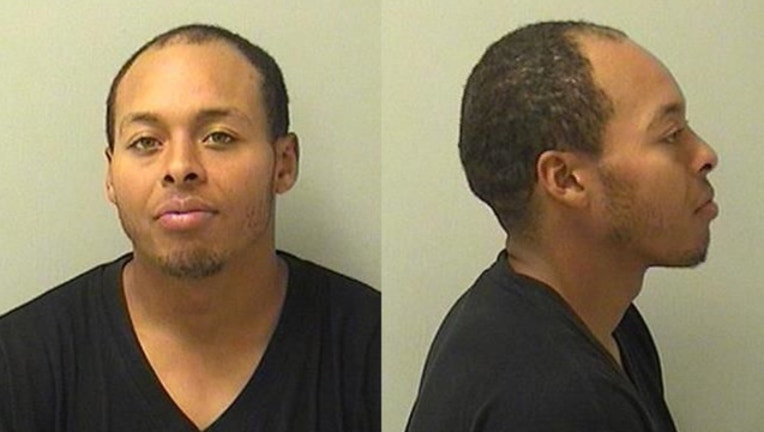 SUN TIMES MEDIA WIRE - Three men are facing armed robbery, weapons and drug charges after one of them was shot by an Aurora police officer Monday evening in the west suburb.

About 5:50 p.m., 26-year-old Giovanni Padilla, 18-year-old Michael Paige and 18-year-old Tyron Smith went to an apartment in the 1100 block of North Farnsworth Avenue in Aurora to buy drugs, according to a statement from Aurora police. Once inside, they pulled out guns and took the drugs from the people in the apartment.

The trio then left the building and police were called, authorities said. Officers responded to the northwest corner of Indian Trail and Farnsworth, leading to a short chase that ended in an “armed confrontation” between Padilla and an officer at 5:56 p.m.

The officer shot Padilla once, police said. Padilla was taken to a hospital, where he was treated for a “non-life threatening wound” and released into police custody. Investigators recovered a gun and drugs at the scene of the shooting.

The officer who shot Padilla, a 10-year veteran of the Aurora Police Department, was not injured, according to police. He has been placed on administrative duties pending an internal investigation into the use of force by the department’s Office of Professional Standards.

Padilla, who lives in Aurora, has been charged with armed robbery, armed violence, marijuana possession and five counts of unlawful use of a weapon, police said.

Paige, who lives in Montgomery, and Smith, who lives in the Far South Side Fernwood neighborhood, were each charged with armed robbery, armed violence, possession of a controlled substance and two counts of aggravated unlawful use of a weapon, police said.

All three suspects were expected to appear in court for bail hearings on Thursday.