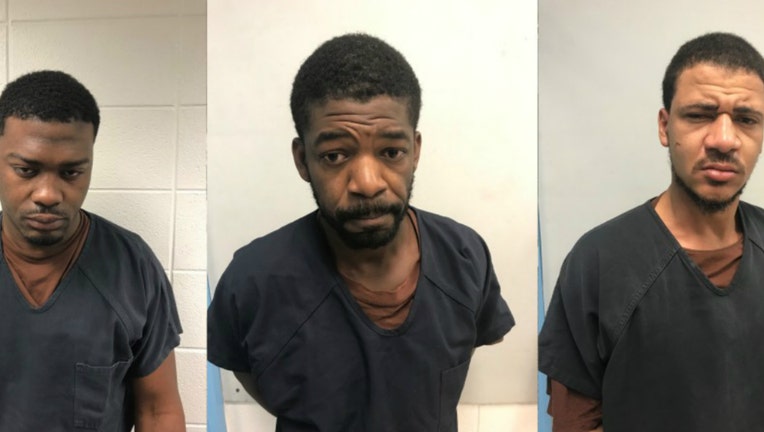 METTAWA, Ill. - Three men have been charged with breaking into a Costco store in north suburban Mettawa Saturday and stealing thousands of dollars worth of jewelry.

Joseph D. Page, 24; Cortez R. Morrow, 37; and Clarence D. Blanchard, 26, are each charged with felony counts of burglary, criminal damage to property and possession of burglary tools, according to a statement from the Lake County sheriff’s office.

Deputies responded to a burglary alarm about 2:20 a.m. at the Costco, 25901 N. Riverwoods Road in Mettawa, the sheriff’s office said. They arrived to find broken glass and a security door propped open.

While the deputies and officers from neighboring police agencies worked to establish a perimeter around the store, Illinois State Police received a call about three men running eastbound across the Tri-State Tollway nearby, according to the sheriff’s office.

When the trio saw an Illinois Department of Transportation truck parked on the northbound exit ramp to Route 60, they dropped the bags they were carrying and ran south, authorities said. The bags contained burglary tools and nearly $20,000 worth of jewelry taken from the Costco. Investigators also found face masks and gloves near the bags.

A Gurnee police officer and K-9 tracked them about an eight of a mile south, where they were hiding behind a concrete wall supporting a sign for I-94, the sheriff’s office said. They came out and were taken into custody after the police dog, named Bear, started barking.

All three suspects remain held without bail at the Lake County Jail, according to the sheriff’s office. Page lives in Waukegan, while Morrow lives in Washington Park on Chicago’s South Side and Blanchard lives in Austin on the West Side.

Their next court appearance was set for Sunday.