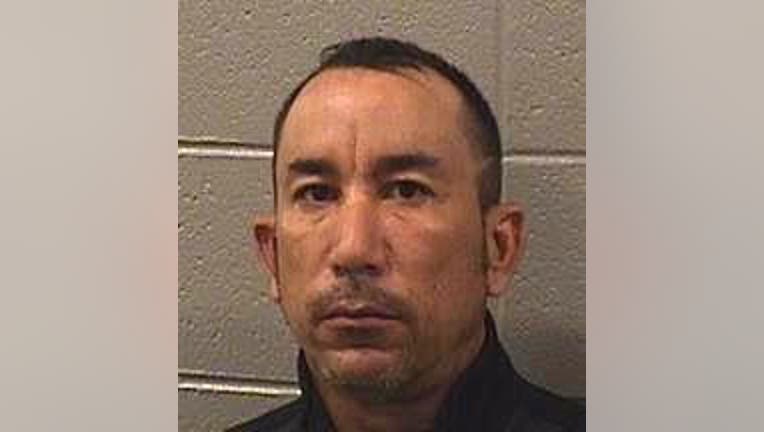 COOK COUNTY, Ill. - A truck driver charged in a deadly DUI crash that claimed the life of a 50-year-old man on the Kennedy Expressway was ordered held on $250,000 bail Wednesday.

White had slowed down while he was driving north around 11:15 p.m. because of construction and a separate crash ahead, Assistant State’s Attorney James Murphy said.

But Reny Ramirez Orts, who was driving a box truck, didn’t slow down and barreled into the back of White’s car at 40-70 mph, Murphy said.

That impact led to several other vehicles being struck, Murphy said.

White’s car burst in the flames and he was trapped inside, Murphy said.

He was pronounced dead at the scene.

Orts also was hospitalized. He refused a DUI kit but blood and urine tests taken at the hospital revealed his blood-alcohol level was 0.13 — almost twice the legal 0.08.

He remained hospitalized Wednesday and did not appear at his bond hearing.

Orts, who was recorded getting out of the truck by a responding Illinois state trooper’s dash cam, has been charged with nine counts of DUI, Murphy said.

An assistant public defender said Orts had no criminal background and asked Judge David Navarro to release Orts on his own recognizance with an order forbidding him from driving.

Navarro called White’s death "horrifying" and said Orts couldn’t drive and would be placed on electronic monitoring if he is able to post bond.

Orts is expected back in court Nov. 1.