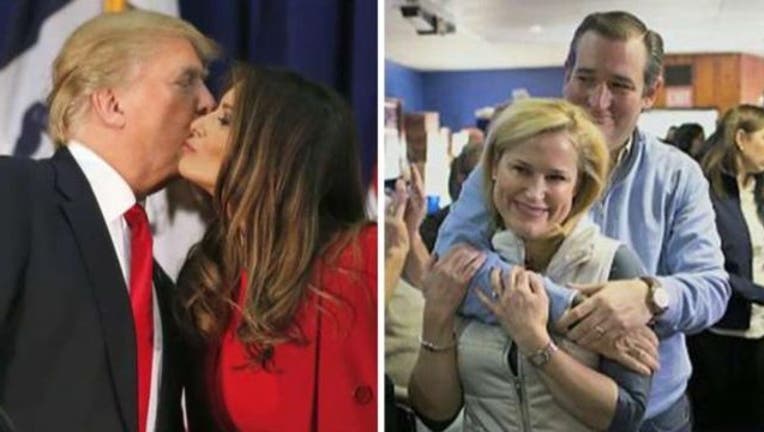 (FoxNews.com) - In a Republican primary race already full of insults and mud-slinging, the battle between front-runner Donald Trump and Sen. Ted Cruz got even uglier Wednesday -- as the candidates started by clashing over attacks on each other's wives, then went Hollywood.

The Texas senator came out swinging Wednesday, telling CNN, “If Donald wants to get in a character fight he’s better off sticking with me, because Heidi is way out of his league.”

Then the rivals got into a Twitter exchange that by late afternoon had Trump accusing Cruz of stealing the line from Michael Douglas as the star of the 1995 movie “The President.”

The social media battle took another turn late Wednesday after Trump retweeted a picture of his wife alongside an unflattering image of Heidi Cruz. Ted Cruz responded by tweeting, "Donald, real men don't attack women. Your wife is lovely, and Heidi is the love of my life."