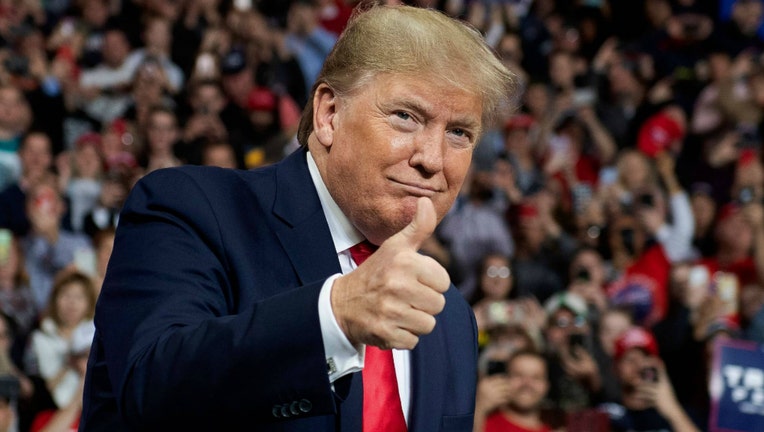 Trump first endorsed South Carolina Gov. Henry McMaster for a re-election bid in 2022, saying he "has been a great Governor for the wonderful people of South Carolina."

"He is strong on the military, our vets, crime, and the second amendment. He has also been a fabulous chief executive for his state. Henry has my complete and total endorsement as he runs for re-election," Trump added.

McMaster shared the news in a Friday night tweet, saying the former president "has made America stronger and more prosperous."

"I’ve stood with him from the beginning. I’m honored he stands with me as we ‘Keep South Carolina Great’," he added.

But the endorsements did not stop with the Republican governor.

"Tim will be tough on Crime, defend our Second Amendment, loves our Military and our Vets, and will stand shoulder-to-shoulder with the brave Men and Women of Law Enforcement," Trump said, before again adding that Griffin had his "complete and total endorsement."

Trump’s final endorsement of the evening came before the candidate had even formally announced his own bid for re-election.

Illinois Congressman Adam Kinzinger has responded to Donald Trump after the former president urged voters to defeat all Republicans who supported his second impeachment.

Idaho Republican Sen. Mike Crapo has said he intends to run in 2022, but had not officially announced his candidacy.

"Mike is tough on Crime, Strong on the Border, and fights for our Military and our Vets," Trump said in his endorsement of the four-term senator.  "He will continue to be a Champion for our Second Amendment and the great Outdoorsmen and Women of Idaho and the USA."

But the Idaho senator said he appreciated the former president's support.

"Over the past four years, we made great progress implementing strong, conservative policies," Crapo said in a statement to Fox News. "I will keep working hard to achieve solutions based on our Constitution and conservative principles and values."

Following his defeat by President Biden, Trump remained fairly quiet after he vacated the White House. His appearance at the Conservative Political Action Conference (CPAC) last week brought him back into the political spotlight.