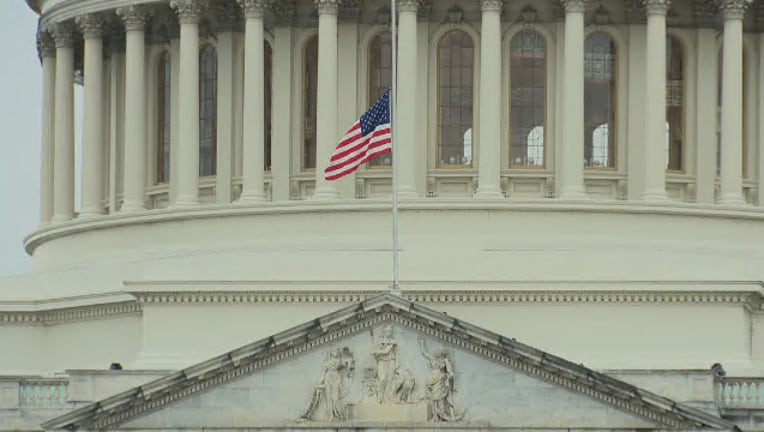 US Capitol Flags At Half-Staff For Fallen Capitol Police Officer

WASHINGTON - President Donald Trump has ordered flags across the country to be flown at half-staff through Wednesday to honor two U.S. Capitol Police Officers who died following Wednesday's violent riots.

In a statement, President Trump ordered flags lowered at the White House, and all public buildings and grounds until sunset on Jan. 13. Military bases and naval ships and embassies will also fly the U.S. flag at half-staff.

Officer Brian Sicknick, a 42-year-old New Jersey native, died from injuries sustained during the pro-Trump insurrection. Sicknick was a 12 year veteran of the Capitol police force and previously served in the United States military. The Associated Press reports Sicknick was killed after he was hit over the head with a fire extinguisher.

On Sunday it was reported that fellow U.S. Capitol Police officer Howard Liebengood, 51, had died by suicide. Sources said Liebengood was off-duty when he died on Saturday. He was a 15 year veteran of the force.

Four other people, including an unarmed Trump supporter, died after Wednesday's storming of the Capitol during a congressional hearing certifying Joe Biden's election victory.