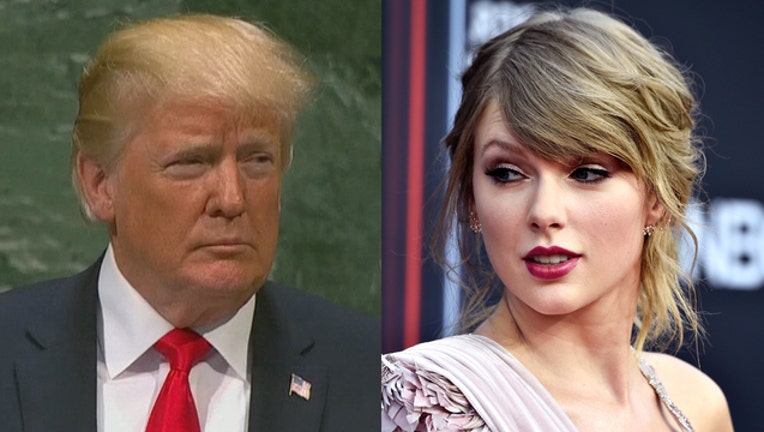 Trump was asked about Swift's decision to wade into politics as he returned to Washington after a trip to Florida.

And he says that Swift "doesn't know anything about her," adding: "I like Taylor's music about 25 percent less now, OK?"

Swift has faced criticism for not speaking about political issues despite having a global platform.

She also said she'd vote for Democrat Jim Cooper for the House.