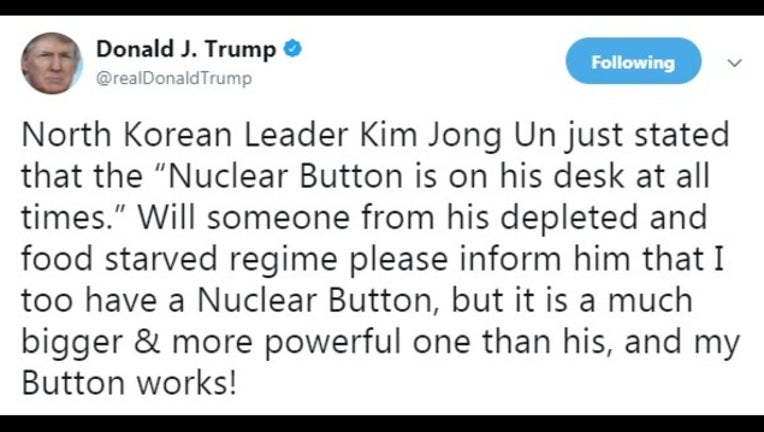 Trump is tweeting in response to Kim's declaration earlier this week that he has a button for nuclear weapons on his table and the entire U.S. mainland is now within strike range.

Trump asks if someone from Kim's "depleted and food starved regime" can "please inform him that I too have a Nuclear Button, but it is a much bigger & more powerful one than his, and my Button works!"

Trump does not actually have a nuclear button on his desk. The nuclear "football" is carried by a rotating group of military officers everywhere the president goes.