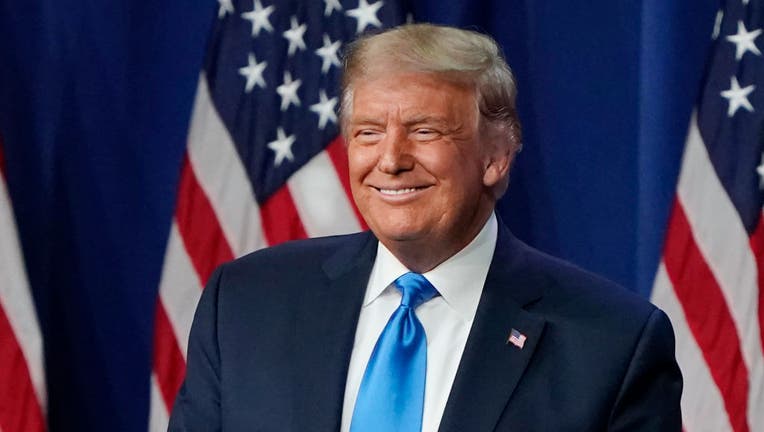 President Trump said his nominee to replace the late Justice Ruth Bader Ginsburg would likely be a woman.

Trump told reporters before boarding Air Force One that he has had a shortlist of nominees for a while, and the choice of a woman would “certainly be appropriate.”

When asked if there should be a vote on a nominee before or after the election, he said “before would be good.”

Trump added that his pick would likely be announced next week.

Trump said the current situation was a different circumstance than the seat vacated in February 2016 by late Justice Antonin Scalia. “That’s called the consequences of losing an election,” the president said.

President Obama nominated Merrick Garland for the seat, but Senate Majority Leader Mitch McConnell, R-Ky., in 2016 used his caucus’ numbers to hold the seat open until after the election.

Following Sen. Susan Collins’ statement that the nominee should be voted on after the election, Trump said, “I totally disagree.” “We have an obligation, we won,” he said. “We're here now. Right now we're here and we have an obligation to the voters.”

Earlier on Saturday Trump said Republicans should fill the vacancy on the Supreme Court left by Justice Ruth Bader Ginsburg "without delay."

“@GOP We were put in this position of power and importance to make decisions for the people who so proudly elected us, the most important of which has long been considered to be the selection of United States Supreme Court Justices,” Trump tweeted Saturday morning.

“We have this obligation, without delay!” he added.

The president’s statement comes after Senate Majority Leader Mitch McConnell, R-Ky., just hours after Ginsburg’s passing, vowed that a Trump nominee to the Supreme Court “will receive a vote on the floor of the United States Senate.”

“The Senate and the nation mourn the sudden passing of Justice Ruth Bader Ginsburg and the conclusion of her extraordinary American life,” McConnell said in a statement.

“In the last midterm election before Justice Scalia’s death in 2016, Americans elected a Republican Senate majority because we pledged to check and balance the last days of a lame-duck president’s second term. We kept our promise,” McConnell continued. “Since the 1880s, no Senate has confirmed an opposite-party president’s Supreme Court nominee in a presidential election year.”

McConnell added that “by contrast, Americans reelected our majority in 2016 and expanded it in 2018 because we pledged to work with President Trump and support his agenda, particularly his outstanding appointments to the federal judiciary.”

“Once again, we will keep our promise,” he said. “President Trump’s nominee will receive a vote on the floor of the United States Senate.”

There are 44 days until Election Day.