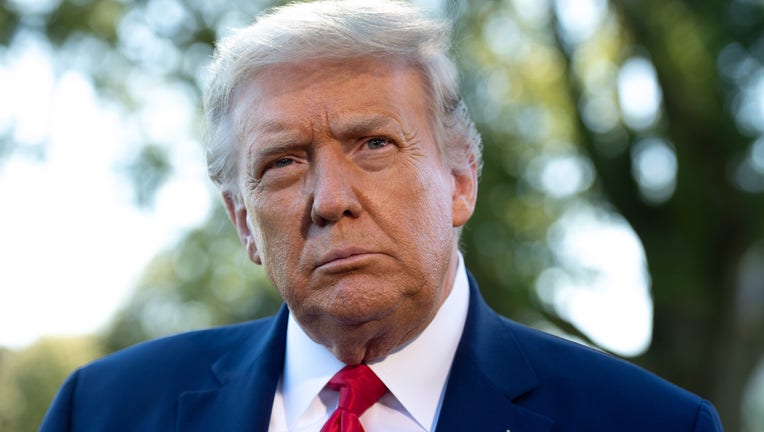 US President Donald Trump speaks to the media prior to departing from the South Lawn of the White House in Washington, DC, September 21, 2020, as he travels to Ohio. (Photo by SAUL LOEB / AFP) (Photo by SAUL LOEB/AFP via Getty Images)

On Wednesday, President Trump took a very brief break from tweeting about Tuesday night's debate (and retweeting other peoples’ opinions about the debate, and tweeting about James Comey) to comment on a 2018 study that suggested a chemical found in McDonald’s fries could prevent hair loss.

“No wonder I didn’t lose my hair!” wrote Trump, who retweeted a link to an article about the study first shared by former White House press secretary Ari Fleischer in 2018.

Fleisher, for the record, had originally joked that the chemical “doesn’t work.”

Meanwhile, the 2018 study, which was presented by a group of Japanese researchers from the Yokohama National University, didn’t exactly claim that eating McDonald’s french fries prevented hair loss. Instead, their findings suggested that Dimethylpolysiloxane, a chemical found in the oil used to cook McDonald’s fries (but also in lubricants and shampoos), could assist in the preparation of hair follicle germs, which were then successfully transplanted onto mice.

"The key for the mass production of [hair follicle germs] was a choice of substrate materials for culture vessel," said corresponding author and professor Junji Fukuda in a 2018 press release. "We used oxygen-permeable dimethylpolysiloxane (PDMS) at the bottom of culture vessel, and it worked very well."

FOR COVERAGE OF THE 2020 ELECTION, DOWNLOAD THE FOX 32 NEWS APP

The study itself also made no mention of McDonald’s french fries specifically.

Therefore, Trump’s well-documented love of fast food likely has nothing to do with the fact that he still has hair. Instead, Trump may still retain his mane thanks to finasteride (also marketed as Propecia), a drug originally developed to treat prostate enlargement, but which was also found to maintain and promote the growth of scalp hair.

Trump was confirmed to be taking the drug to treat male pattern baldness following a 2018 physical conducted by White House physician Dr. Ronny Jackson. His former personal doctor, Harold Bornstein, had also previously disclosed to The New York Times that Trump took a small dose for the same reason.

“He has all his hair,” said Dr. Bornstein, who added that he too took finasteride. “I have all my hair.”

For more. got to FoxNews.com.