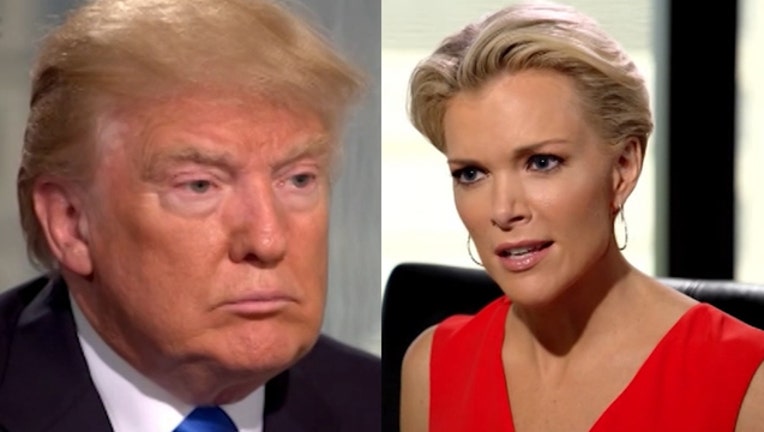 WASHINGTON (FOX 32/AP) - Months after he savaged her on Twitter and elsewhere, Donald Trump tells Fox News anchor Megyn Kelly that people who are bullied "gotta get over it" and fight back.

In an excerpt of the interview, which will be on the Fox network Tuesday night, Trump says he's a counterpuncher who goes after people when they go after him, only 10 times harder.

Asked if he was ever bullied, the Republican presidential candidate said no. But he said bullying doesn't just happen to children. "People are bullied when they're 55," he said.

Kelly responded pointedly, with a smile: "Can happen when you're 45." She is 45.

"You know, it happens, right?" Trump went on, as if he didn't hear her. "But you gotta get over it. Fight back, do whatever you have to do."

Trump took offense when Kelly confronted him in the first primary debate about crude remarks he'd made about women. He later suggested her menstrual cycle was behind her aggressive tone, called her "third-rate" and boycotted one of the debates at which she was a moderator, as his feud with Fox News escalated.

In the released excerpt, the two did not directly discuss his criticisms of her. She told ABC's "Good Morning America" on Monday the tone of the interview was cordial, with tense moments, and predicted viewers "will be feeling a little uncomfortable."

Kelly said she asked for the interview because she wanted to get her interactions with Trump on a professional footing. "You don't want to be the story," she said. "You want to cover the story."

Ahead of the prime time sit-down, Megyn Kelly will be joining Good Day Chicago at 8:05 a.m. Tuesday morning.