CHICAGO - Two $1 million Lotto tickets were sold in the last three days in the Chicago area.

The winning tickets were sold at King Supermarket, 400 East 41st Street in Chicago, and Johnsons Lighthouse Pointe and Car Wash, 1 West St. Charles Road in Villa Park, according to a statement from the Illinois lottery.

The other $1 million winning ticket sold in Villa Park matched all six Lotto Million 1 numbers in Saturday's drawing. The winning numbers were 12-13-23-39-49-50.

Both winners have yet to come forward to claim their prize. They have one year from the date of the winning draw to do so.

Joel Johnson, store manager of Johnsons Lighthouse Pointe and Car Wash, said he hopes the winner is someone they know. 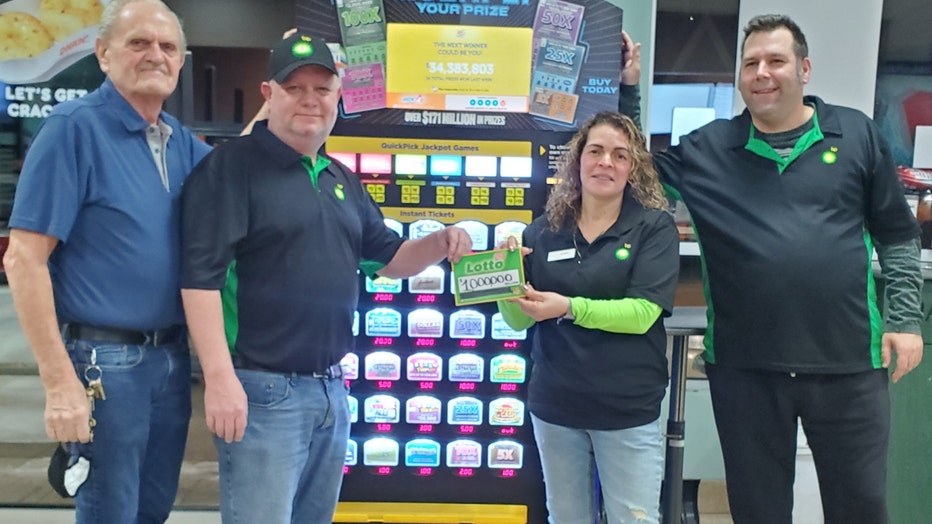 "Our store has been a fixture of the community since 1991, so most of our customers are local," Johnson said. "I don’t know who won, but I hope that it’s someone from our hometown."

Each store will receive a $10,000 bonus for selling the winning tickets.

This is the second time that the Villa Park retailer has sold a winning Lottery ticket. In 2004, the convenience store sold a winning $1 million instant ticket.

Johnson said this time around, their family plans to pay bills and share the winnings with staff.

"The selling bonus couldn’t have come at a better time," Johnson said. "We’re going to use the majority of the money to pay bills impacted by the Covid pandemic, but also plan to share some of the winnings with our dedicated and loyal store employees."

The winners are urged to immediately sign the back of their tickets and keep them in a safe place until they visit one of the lottery’s prize centers to redeem their prize.

Lotto is an Illinois-only game that is played three times a week on Monday, Thursday and Saturday. The current jackpot is $6.5 million for the next draw, Thursday, Jan. 20.