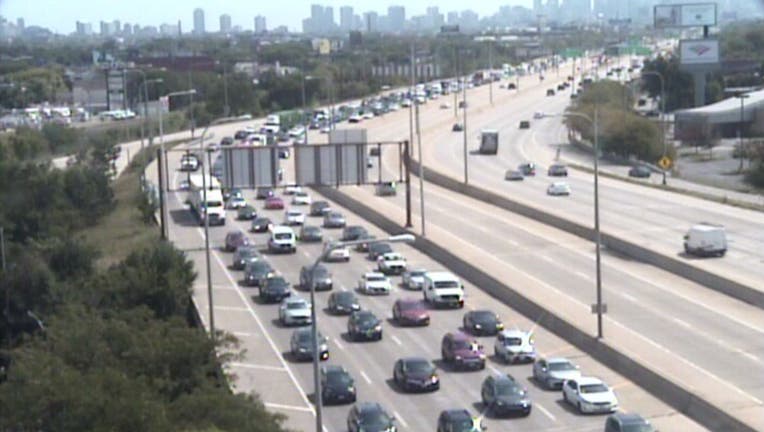 Lanes reopen after concrete falls from Metra bridge over Kennedy.

CHICAGO - Two lanes on the outbound Kennedy Expressway have been reopened after concrete fell off a railroad bridge on Wednesday.

The falling debris from a Metra bridge blocked two lanes of outbound I-90/94 at Milwaukee Avenue about a mile west of the Edens junction, according to the Illinois Department of Transportation.

Officials assure FOX 32 Chicago that the concrete falling off the Jefferson Park Station Metra bridge is not structural – it is "cover concrete spalling from the fascia area of the bridge." Thus, there's no risk the bridge is going to come crashing down on to the Kennedy, which carries tens of thousands of cars every day.

However, no one wants concrete chunks smashing into cars, so a crew was sent to remove any other loose pieces of concrete. Lanes were reopened about 1:40 p.m., IDOT said.