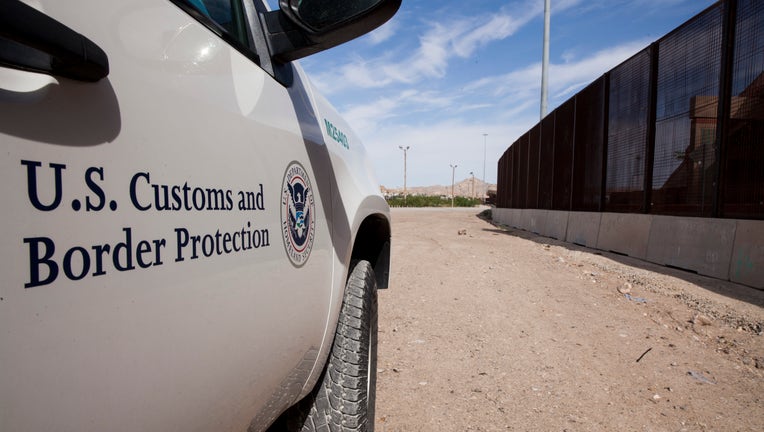 A Customs and Border Protection vehicle is shown near the U.S.-Mexico border in a file photo. (Photo by Jinitzail Hernández/CQ-Roll Call, Inc via Getty Images)

NEW YORK - The Department of Homeland Security is starting to collect DNA samples on individuals in Customs and Border Protection  (CBP) custody.

It is what is described as a "limited, small-scale" pilot program to assess the impact of a proposal to require DNA collection from people in custody.

CBP will collect DNA samples from "certain individuals" between the ages of 14-79 who are apprehended and processed within the Detroit Sector.

In Texas, they will be individuals who are stopped for further detention or proceedings.

The test is to assess the impact of a Trump administration proposal to require the collection of DNA samples to submit them to the FBI’s Combined DNA Index System.

The regulations apply to any individuals who are arrested, face charges or are convicted, including U.S. citizens.

The collection is non-invasive and generally involves a cheek swab to collect a saliva sample.

Right now, only fingerprints are taken and sent to federal databases.

According to published reports, officials at the Department of Homeland Security say that the Justice Department is in the middle of crafting new regulations that would give immigration officers authority to collect DNA from migrants being held at detention centers across the nation, including children and asylum seekers.