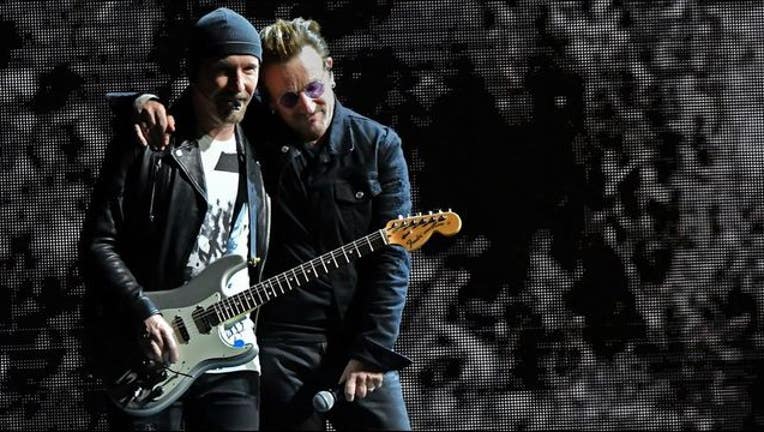 EAST RUTHERFORD, NJ - JUNE 28: Guitar player The Edge, and Singer Bono of the band U2 perform during U2 'Joshua Tree Tour 2017' at MetLife Stadium on June 28, 2017 in East Rutherford, New Jersey. (Photo by Mike Coppola/Getty Images)

ST. LOUIS (Fox News) - U2 canceled a concert in St. Louis Saturday due to safety concerns and lack of police protection in the wake of Friday's protests in the city over the acquittal of a white former police officer in the shooting of a black man.

"We have been informed by the St. Louis Police Department that they are not in a position to provide the standard protection for our audience as would be expected for an event of this size. We have also been informed that local crowd security personnel would not be at full capacity," the statement on promoter LiveNation's website said.

"In light of this information, we cannot in good conscience risk our fans' safety by proceeding with tonight's concert. As much as we regret having to cancel, we feel it is the only acceptable course of action in the current environment," the statement concluded.

Fans who purchased tickets to the show in St. Louis will be given a refund.