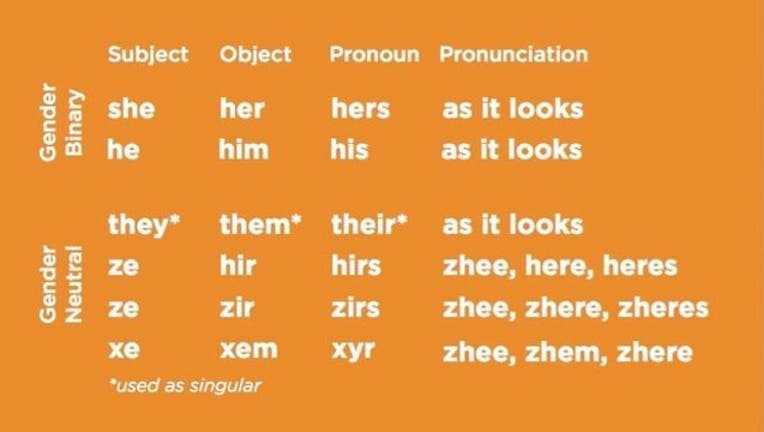 (FOX News) - Educators in the Volunteer State are very concerned that students might be offended by the usage of traditional pronouns like she, he, him and hers, according to a document from the University of Tennessee – Knoxville’s Office of Diversity and Inclusion.

“With the new semester beginning and an influx of new students on campus, it is important to participate in making our campus welcoming and inclusive for all,” wrote Donna Braquet in a posting on the university’s website. “One way to do that is to use a student’s chosen name and their correct pronouns.”

Braquet, who is director of the university’s Pride Center, suggested using a variety of gender neutral pronouns instead of traditional pronouns.

“There are dozens of gender-neutral pronouns,” she declared. For all you folks who went to school back when there were only him and her – here’s a primer: some of the new gender neutral pronouns are ze, hir, zir, xe, xem and xyr.