A 27-year-old pattern shows a disturbing trend of Chicago women being strangled to death and their bodies discarded across the city. Their killers are rarely, if ever, found.

CHICAGO - In late May, a woman was chained up inside an abandoned building by a man who sexually assaulted her in the West Pullman neighborhood. Her only saving grace was a passerby who heard her cries for help.

The woman told police her attacker was an acquaintance who sparked up a conversation before turning on her.

Joel Cammon, 44, was charged with aggravated criminal sexual assault and aggravated kidnapping in that case.

It happens more often than you think.

Killers know abandoned homes make the perfect place to permanently silence their prey. They know no one steps foot inside the buildings for weeks, months, even years. By then, critical evidence is overlooked or destroyed.

In fact, this is a 27-year pattern that has been repeated over and over.

The Murder Accountability Project in Alexandria, Virginia has been tracking these violent crimes.

Each dot on their map show where women, mostly Black women, were beaten and strangled to death. Some were left in buildings, some in dumpsters, others were dismembered.

Fox 32 News talked to one of those families about the anguish and the never-ending questions of who did it and why. 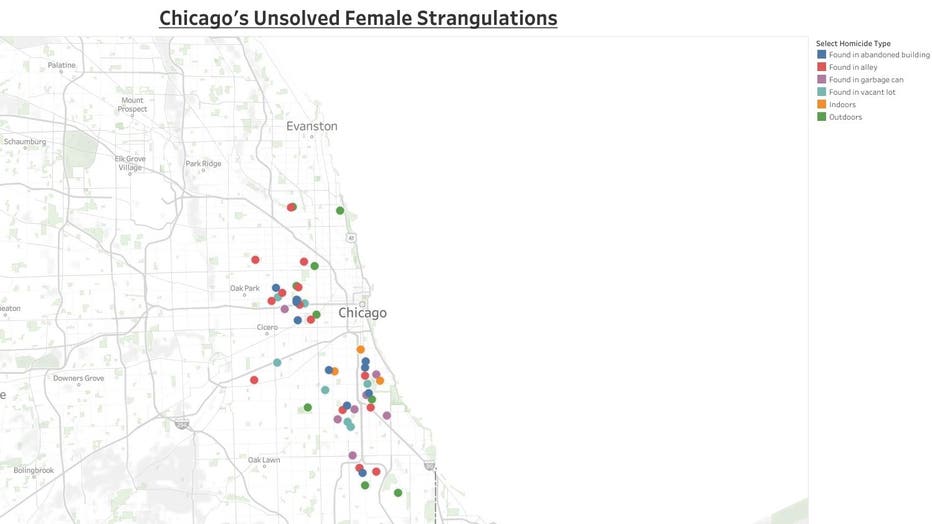 Myrna Walker will never forget the sinking feeling in her gut when she realized the moment her sister Nancie went missing nearly 20 years ago from a building that still bears a plaque with her name in Bronzeville.

Nancie was the eldest of six siblings and as a result would become a leader in life and in business.

"Nancie was an entrepreneur, she had many businesses, she was a dancer, she owned a beauty salon, houses, condos, townhomes, two flats, three flats. You name it, she had it," Myrna said.

Her family said Nancie was a perfectionist. A detail-oriented person who didn't trust strangers. But on that fateful day in January 2003, Nancie got into a van with two men Myrna did not know.

"A black van pulled up, and they say she came out of the salon walked over to the van, opened the door, got in and then they just took off with her," Myrna said. "They were probably telling her about some property that they may have wanted to show her. But I don't think she totally trusted them.  But she didn't tell me about them, because maybe they were kind of shady." 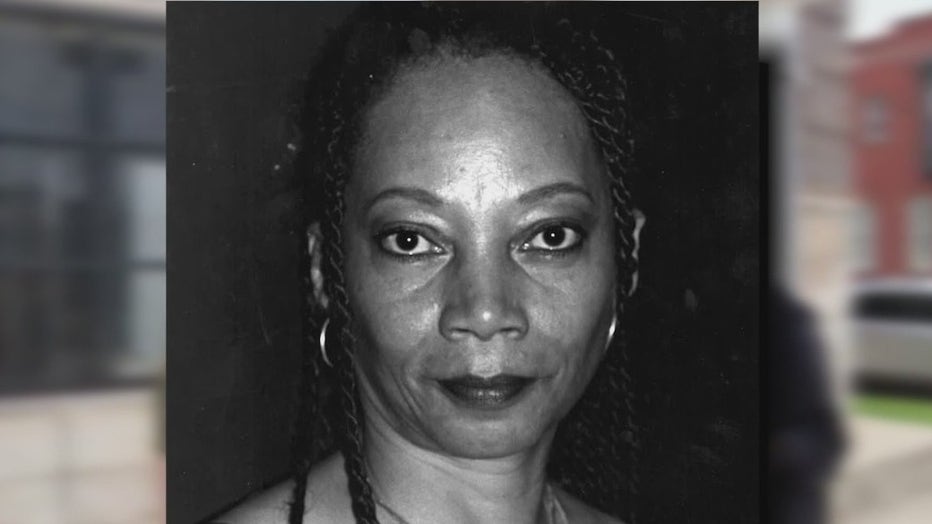 Myrna tried to call her sister multiple times over the course the next day. The two usually talked on the phone every night before bed.

After failing to reach her, Myrna went to Nancie's condo and everything inside was in perfect order. Oddly, her cellphone was still there. Nancie was not.

"I said ‘this is not good.’ So, that's when we left her place and we went straight to the precinct to put in a missing persons report," Myrna said.

That is where critical time is wasted. Myrna said once police found out Nancie was from Englewood, the urgency was tempered with questions about her character.

"They stereotype people from Englewood," Myrna said. "Everybody is a criminal. Everybody totes guns. They made us feel like we weren't worthy."

"Three bags, head in one, arms in another and legs in the other," Myrna said. "They never found the torso. We don’t know what they did with the torso
She was first strangled. There was an indication that she was beaten."

Chicago women are hitting the streets next Tuesday to raise awareness for missing and murdered Black and brown women and girls.

It is hard for Myrna to share details of her sister's disappearance and murder. The pain is as fresh today as it was then and the questions of who and why remain.

"What could a person do so bad to you or say so terrible to you that could do something like that to them?" Myrna asked.

We reached out to Chicago police to get a status update from them on the Nancie Walker case and on the information collected by the Murder Accountability Project.

"Each of these cases has been reviewed by detectives who are detailed to the FBI's violent crimes task force and there is no evidence linking the cases to each other or to suggest there is a serial killer responsible for these homicides. Detectives are continuing to investigate the cases individually as we work to seek justice on behalf of the victims and their families," CPD spokesman Tom Ahern said in a statement.

Fox 32 will be looking deeper into the dozens of unsolved strangulation murders of Black women.

In the coming weeks, we will talk to more families left with no answers and no justice.

From the Murder Accountability Project tracking these cases, to longtime Chicago homicide detectives and tireless community activists who believe this is the work of one or more serial killers, we'll tell you their theories and concerns about all the silenced prey cases that remain unsolved.